Lend
Borrow
About
0 Basket
Sign in
Categories
Regions
North America
Central America
South America
Africa
Eastern Europe
Middle East
Asia
Oceania
Saved searches
Checkout (0)
Where Kiva works
The browser version you are using is not supported by Kiva. Please use the most recent version of these supported browsers for Kiva to function properly.
Kiva conducts regular, ongoing monitoring of all Field Partners, but only posts status updates here in response to relevant, major changes at the partner.

Yellow Leaf’s weavers are among the 1.2 million hill tribe members in Thailand who exist on society’s lowest rung. Many are denied civil rights and social services as aliens in their own country. This makes them especially vulnerable to exploitation, including sex trafficking, child labor and indentured servitude. Most subsist in extreme poverty on less that US$1 a day.

The initial hammock weaving community was the Mlabri, also known as the Yellow Leaf people. Traditionally hunter-gatherers, their way of life was devastated in the mid-20th century by rapid deforestation and economic development. With no land ownership rights, no knowledge of agriculture or sources of income, the Mlabri were forced to work for neighboring tribes or for toxic slash-and-burn farming operations. Between the 1960s and 1990s, due to malnutrition and malaria, the Mlabri population shrunk to less than 300 people, their language becoming one of UNESCO’s “endangered languages.”

The Mlabri have now established a village, and through hammock weaving, their first economic initiative to generate results, they’ve gained recognition as citizens from the government. Hammock weaving has created high wages and flexible jobs, and weavers are trained and can manage their workflow according to family priorities. Expanding from the initial Mlabri community, artisans from the nearby Hmong village and surrounding rural areas are now also weaving hammocks. There’s even a waiting list to become a Yellow Leaf weaver!

Although weaving represents an excellent opportunity, it’s difficult to stabilize supply and demand. Hammock sales vary by season, and during slow seasons, weavers are still compelled to revert to destructive agricultural practices or seek employment elsewhere. 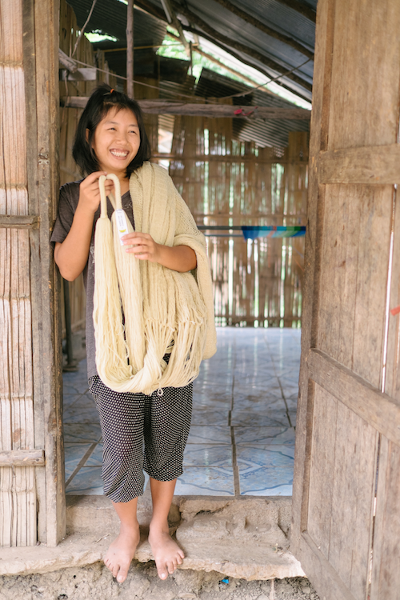 Yellow Leaf Hammocks was created by Joe Demin, who first visited the villages in 2010 and saw the opportunity to build weaving into the foundation of a healthy micro-economy for the region. As “Chief Relaxation Officer” of Yellow Leaf, Demin is committed to generating international sales channels for these hammocks and has had success building a fanbase and working with major U.S. retailers like URBN and Trina Turk. As a boot-strapped start-up, Yellow Leaf has seen solid growth but continues to wrestle with stabilizing economic opportunities for weavers.

By creating a larger, more global distribution network, the enterprise can ensure more stable demand for high-wage weaving work. Hammock weaving provides a 650% increase in income over slash-and-burn agriculture, allowing each weaver to earn in a week what an entire family would earn from a month of back-breaking field labor. In their province, weavers can even earn as much as a college-educated teacher. 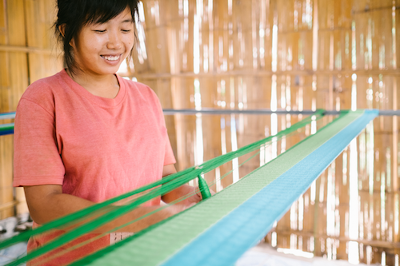 Hammocks are weaved by Mlabri tribe members in northern Thailand. 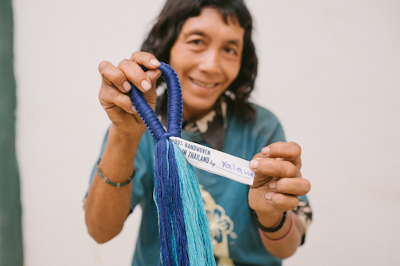 Each hammock is signed by the weaver. This is a photo of Yalana with a hammock she made.

To bring bliss to our customers and generate high-wage jobs and a brighter future for our artisans. The company’s motto: “Do Good. Relax.”

Kiva lenders’ funds will be used to connect these artisans with the global economy via the internet, enabling them to reach higher-value markets and stabilize their incomes even in the slower seasons.

Borrowing Cost Comparison (based on 2017 data)