Kiva recently completed an assessment of the risks we face by lending to Field Partners in certain countries, and we have unfortunately determined we are no longer able to continue funding Field Partners in Yemen. As a result, we will be closing our partnership with Al-Amal. Al-Amal has been fully compliant with Kiva throughout our partnership and has repaid their amount outstanding in full. Kiva believes strongly in the work Al-Amal is doing in Yemen and in their impact. We thank Al-Amal very much for their partnership with Kiva and hope to one day be able to work in Yemen again.

As the Civil War continues to plague Yemen, Kiva has increased our monitoring of the risk factors associated with our partnership with Al-Amal. With ongoing violence and economic challenges impacting Al-Amal's day-to-day operations, risk levels are elevated in Al-Amal's overall portfolio, including loans funded by Kiva lenders. As indicated in our previous update in March 2017, we made the decision to default close to 600 loans, many of which were disbursed to borrowers before the war. Al-Amal's portfolio has also seen a spike in delinquency levels. These factors have caused Al-Amal's risk rating to drop to 1 star.

Despite the elevated risk, we've decided to continue supporting Al-Amal, as we believe strongly in the impact lenders' funds are having, especially during these difficult times. We've remained in close contact with Al-Amal staff and continue to actively monitoring the situation. Together, we've decided that Al-Amal should focus on posting loans to Kiva to help small businesses recover or to help families cover essential expenses during the war. Although their overall portfolio has seen an increase in delinquency, their delinquency rate for these loans posted on Kiva since the start of 2017 is below 1%.

With the Civil War in Yemen continuing, the economic situation in the country has been worsening and there are no signs that it will improve. Many Al-Amal borrowers have been greatly affected, with some being forced to relocate to new areas and others having to shut down their businesses. After much follow-up with borrowers and working to understand each individual's specific situation, Al-Amal and Kiva have decided to default 595 loans, having determined that these borrowers don't have the ability to repay their remaining installments at this time. Al-Amal will continue monitoring the situation and has committed to informing Kiva should the situation improve to the point where borrowers are able to repay the remaining installments on their loan. Al-Amal thanks Kiva lenders for their understanding and support during these difficult times in Yemen.

The ongoing civil war in Yemen continues to impact Al-Amal's work as well as the lives and businesses of many of their borrowers. Some borrowers live in areas now under Al Qaeda control while others have been displaced from their homes as they look to find areas of refuge. As a result, the war has limited Al-Amal's ability to collect repayments and borrowers' ability to repay their loans, as many have lost their businesses and sources of income. This has resulted in a delinquency in their Kiva portfolio, which is currently 47%. As much as possible, Al-Amal is following up with borrowers and has found that the majority still want and intend to repay their remaining installments once the crisis is over and they begin rebuilding their lives. Kiva continues to be in frequent contact with the organization and we will provide additional updates as they are available.

The civil war and ongoing conflict in Yemen has forced Al-Amal to stop many of its normal business operations. This includes putting a temporary hold on loan disbursals. Due to factors such as continued violence, displacement of civilians, and fuel shortages, Kiva expects to see an increase in delinquency in Al-Amal's loans. We are in frequent contact with the organization and the staff at Al-Amal have been keeping Kiva up to date on all developments. We remain very supportive of the work Al-Amal is doing and are doing all we can to assist them during this difficult time.

Al-Amal Microfinance Bank (AMB) was established in 2009 with a mandate to expand access to diversified financial services throughout Yemen. AMB is a joint collaboration between the Yemeni government’s Social Fund for Development, Arab Gulf Programme for Development (AGFUND), and private sector shareholders.

The bank’s primary goal is to improve economic and social conditions of low-income households in Yemen, especially micro and small entrepreneurs. AMB aims to fight poverty and unemployment through the provision of diversified, sustainable financial services. Since its inception, AMB has grown to provide a broader range of services: credit, savings and insurance delivered in line with Islamic principles, in addition AMB offers remittances, currency exchange and cash disbursement services.

AMB began with three offices in Yemen’s capital city of Sana'a. Today, the bank boasts 18 branches throughout Yemen, spread over nine governorates, representing more than 80% of the total Yemeni population. As of the end of November, 2013, AMB has served over 88,423 clients, disbursed over 81,928 loans, totaling $24.2 million and opened 54,908 saving accounts in the amount of $17.2 million. It focuses on youth and women’s empowerment, and women constitute 61% of the bank’s total borrowers. 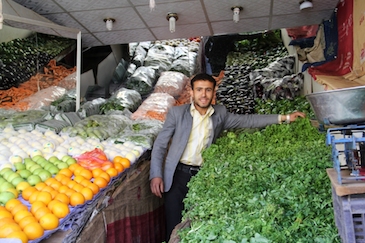 In addition, Al-Amal Microfinance Bank seeks to adopt latest technologies to improve the quality and scale of its services. The bank launched two new services: Mobile Banking and Mobile Branch Banking. These new services along with the 227 service points of authorized agents will enable AMB to cover rural areas. Also, Al-Amal Microfinance bank opened in the middle of May, 2013 “Al-Amal Foundation for Training and Entrepreneurship” that aims to provide non financial services to all Yemenis, especially micro and small entrepreneurs. This training foundation is the largest in the MENA region and will help AMB to integrate financial and non financial services. 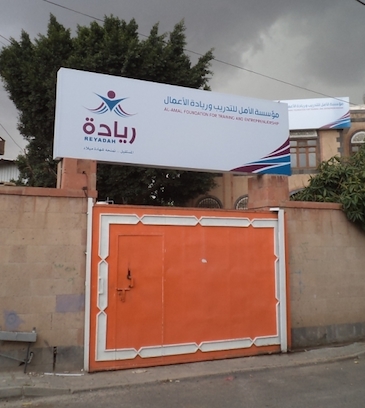 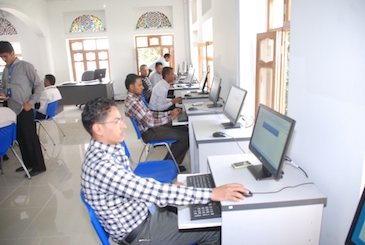 Political instability in Yemen has significantly impacted the business sector and led to high rates of unemployment. AMB seeks to address these economic disparities by providing microloans to the very poor, including those on government welfare. The bank has developed a careful contingency plan to deal with Yemen’s ongoing political issues by stabilizing its portfolio and expanding only gradually. 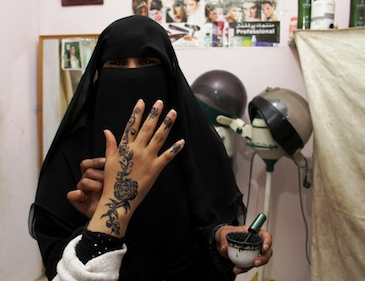 Additionally, AMB prioritizes women’s empowerment as one of its social performance metrics, and offers savings products and training courses tailored to women. One of AMB's specific female empowerment programs is targeted at rehabilitating female victims of violence through employment and loan opportunities.

To improve economic and social conditions for low-income Yemeni households through the direct and indirect provision of exemplary financial services that suit their needs.

Borrowing Cost Comparison (based on 2016 data)