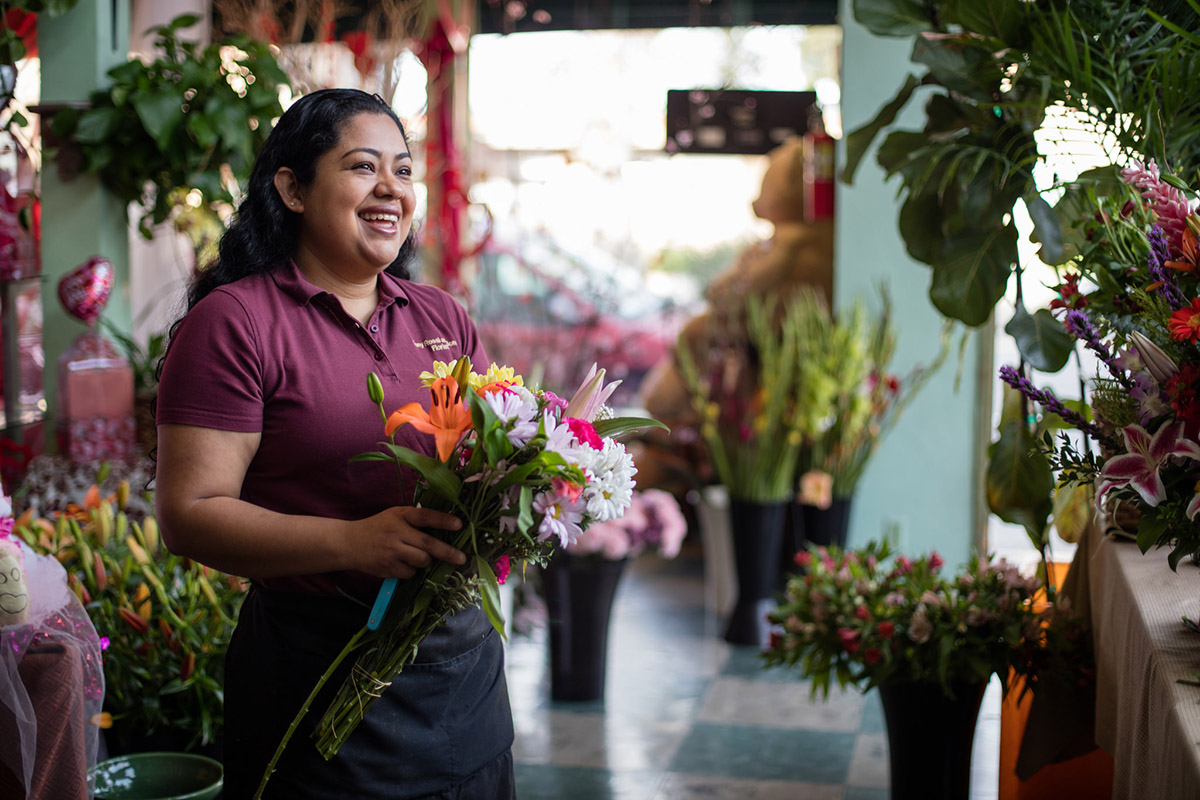 We are so proud to announce the launch of Kiva Oakland, in partnership with Oakland’s Mayor Libby Schaaf, to bring 0% interest crowdfunded loans to hundreds of Oakland small business owners.

“This initiative is a virtuous circle of opportunity for Oakland where the return on investment is measured more by character than credit scores,” said Schaaf. “We’re giving residents a critical way to directly support the small businesses that are the backbone and creative engine of our local economy, and in turn Oakland entrepreneurs get access to the capital that they need to grow.”

To help small businesses in Oakland thrive, visit Kiva.org/Oakland to browse through inspiring business owner’s profiles and choose one you connect with. Lend $25 or more towards a borrower’s full loan request– once it reaches 100% it’s successfully crowdfunded. When lenders are paid back, they can relend that same money to another person at Kiva.org/Oakland or withdraw their money and put it back in their pocket.

Beginning March 16, the City of Oakland, OBDC Small Business Finance, Capital One and the Miller Family Foundation will match every dollar that individuals lend to an Oakland borrower, up to $225,000.

Kiva Oakland represents an exciting and dramatic expansion of our work in the Bay Area, which we call home. Last October, we launched Kiva San Francisco, and in 2013, Oakland became the first city in the country to officially partner with Kiva Zip as a Trustee to vouch for small business owners on Kiva’s platform. With an initial $500,000 investment from the San Francisco Foundation and $500,000 from Google.org, Kiva Oakland is a primary capital source for financially excluded small businesses in the area.

Kiva already connects thousands of lenders to hundreds of local entrepreneurs around the Bay Area, including businesses owned by immigrants, neighborhood shops working to stay in their community, and businesses founded to hire at-risk youth or to support local food ecosystems.

“Oakland’s small businesses are the heart of this city. They bring color and vibrancy to the neighborhoods, create quality jobs, and enrich the cultural fabric of this city,” said Premal Shah, President of Kiva. “They have the passion and the plan, but often they lack just a small amount of capital to start or expand. Through Kiva Oakland, we can all be a part of their success.”

Kiva Oakland is unique because crowdfunding fills a critical lending gap faced by entrepreneurs whose businesses are too young, too small or too innovative to receive traditional small business loans.

Through Kiva, a borrower’s credit-worthiness is based on their network, not their FICO score. This social underwriting model is based on their ability to recruit friends and family to fund a small portion of their loan, demonstrating that they’ve earned trust among the people that know them best.

Kiva Oakland is a partnership between the City of Oakland and nearly 3 dozen nonprofits throughout the City. Kiva Oakland is supported by grants and matching funds from the San Francisco Foundation, Google.org, PG&E, Capital One, OBDC, Akonadi Foundation, Wells Fargo, the California Endowment, the Miller Family Foundation and the Walter and Elise Haas Fund.

Make a loan to a Kiva Oakland borrower today.

Jason brings more than 13 years of experience as a communications director and media strategist for local, national and international organizations. Jason’s award-winning PR campaigns have been applauded on the floor of US Congress and called “a major push” by the Washington Post and “unprecedented” by the Southern Voice. His media strategies have earned extensive news coverage in every major media outlet in the United States including Good Morning America, NPR, Rolling Stone, Time Magazine, and the Wall Street Journal.   As the communications director of three organizations, Jason built their communications capacities from the ground-up and established them as the “go to” organization among reporters. His media alliances work resulted in millions of dollars of PSA placements, dramatically expanding their marketing reach.  For four years, Jason served as the principal of Riggs Communications with clients such as Fenton Communications, Amnesty International, ACLU, and dozens of other organizations. Jason has worked on a vast array of critical issues in environmentalism, human rights, racial and economic justice, education, and public health. Jason served as a media strategist on multiple major stories making international news including the 2004 announcement of the nation’s first same-sex marriages in San Francisco and the iMatter International Youth March Against Global Warming in 2011. In 1997, The Advocate  named Jason one of the “Best and Brightest Under 30.”   Jason has trained dozens of organizations and foundations in communications strategy and has given formal presentations on social marketing at national conferences such as Creating Change, US Conference on AIDS, and Pfizer Foundation’s Grantees Conferences.