Before coming to Isebania, Kenya, I knew little of the daily struggles of a smallholder farmer in the developing world. How his or her year could be determined by the whims of the weather. In Isebania, there are no irrigation systems, and farmers plan their lives around two rainfall seasons—the “long rains” from February to July and the “short rains” from October to December.

For the majority of families in Isebania and the larger region of Kuria West, it is the outcome of these harvest seasons that determine how much food will be on the table, if school fees can be paid, and if additional purchases—like replacing a porous grass roof with metal sheets—can be covered. Janet (pictured below) is no exception, yet by becoming a member of Nuru Kenya, she has seen real improvement in her and her family’s lives.

In her own words, she shared, “I have some steps I’ve carried out…I’ve built my houses, my kids are now at school, and also, I have food for my family.” 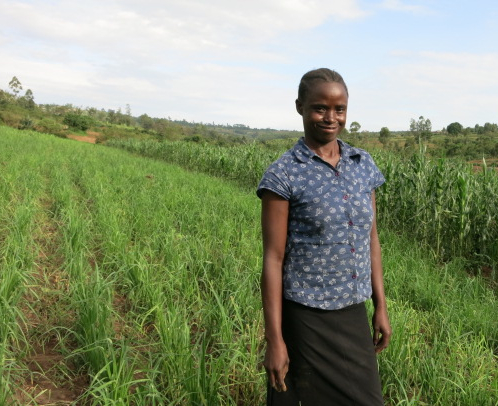 Janet in her field of maize, millet, and sorghum

Nuru International is a nonprofit organization, taking a holistic approach towards ending extreme poverty in the communities it serves. In Kenya, Nuru carries out its work through four main impact programs—Agriculture, Education, Health, and Community Development. Learn more about Nuru Kenya’s model here.

In 2013, Nuru International became a Kiva Field Partner to support a portion of its agriculture loan portfolio. Each long rain season, Nuru offers its members seeds and fertilizer on a loan where repayment is due after harvest when cash flow is less strained. This year, over 4,000 farmers took the Nuru loan package, which cost approximately $100 USD and included inputs for a half acre of maize (corn), quarter acre of sorghum, and quarter acre of millet. In addition to the loan, Nuru provides technical assistance to farmers on best practices to increase crop yields and is equipped with a small army of field managers and officers, working directly with the farmers. To further increase odds of a successful harvest, farmers self-organize into groups of eight to 13 members, supporting one another throughout the long rain season—helping to plant and harvest on each other’s farm plots and encouraging loan repayments.

For Janet, this is the fifth season she has taken a loan with Nuru and the first time to be a Kiva borrower, doing so with her group Bidii Youth. In 2009, Janet began as the group's chairperson responsible for rallying her members to follow Nuru’s planting techniques and to make timely loan repayments. While remaining a member of Bidii Youth, her responsibilities with Nuru have increased, and she now works as a Nuru field officer in Isebania, not only encouraging Bidii Youth members but also several other Nuru farmer groups in her neighborhood. In this capacity, she administers trainings to farmers and also collects loan repayments from the members she oversees. And if that is not enough, Janet is a mother of five. While her workload is heavy, she has reaped great benefits in being part of Nuru and thankful for the continued opportunity to access the agricultural loan year after year.

Nuru International will be posting a new set of loans beginning Fall 2014. Visit their Partner page then to support Nuru's smallholder farmers. 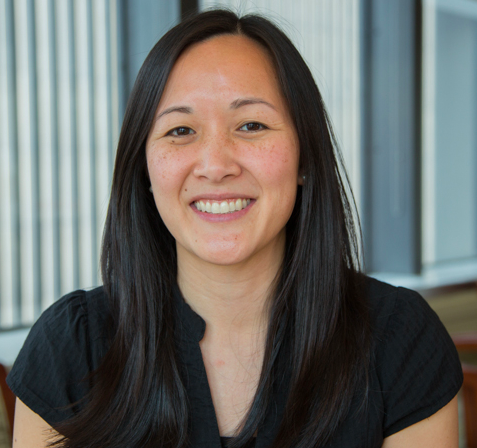 A native of Palm City, Florida, Katrina is a graduate of the University of Virginia (UVA) with a bachelor of arts in biology and in economics. Following UVA, she moved to Ak-Olong, Kyrgyzstan as a community development specialist with the Peace Corps to work with a local non-governmental organization supporting improved access to healthcare and livelihood-building activities. After two years in Central Asia, Katrina relocated to New York City to pursue a master of international affairs at Columbia University, then joined the Clinton Global Initiative in 2008. Having most recently led the CGI America program focused on economic growth and long-term competitiveness in the United States, Katrina is now looking forward to transitioning back into the international development field as a Kiva Fellow.