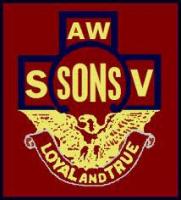 We loan because...
This is part of the Humanitarian Project of the Sons of Spanish American Veterans, Cuba Libre Camp #172. We believe in Helping others "One At A Time / "Uno A La Vez" and believe in the concept of giving others "A Hand Up, Not A Hand Out".

About us
Welcome to The Sons of Spanish American War Veterans, Cuba Libre Camp #172. The Sons of Spanish American War Veterans was founded, in 1937. We welcome male descendant's of U.S. Spanish American War Veteran's (1898), The Philippine Insurrection (1898-1902), and The Chinese Boxer Rebellion (1900). We also welcome descendant's of The Cuban Liberation Army (Ejercito Libertador Cubano), as well as Filipinos and Puerto Rican's who aided the U.S. Militarily, in 1898, as well as descendant's of Allied Forces who fought alongside U.S. Troops during the Boxer Rebellion (1900). We also have a Ladies Auxiliary, for our Camp, for any Ladies who wish to assist us in our endeavor's. For membership information, please contact us at HistoryofTheSouth@Yahoo.Com