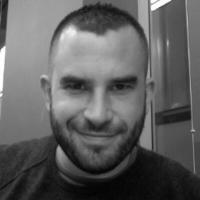 We loan because...
Paul Brandley is a Baltimore, Maryland native who grew up loving sports. Born into a family with three brothers and three sisters, Paul was steeped in athletic competition from the beginning. Baseball, basketball, soccer; it didn't matter—Paul wanted to compete in any which way. This eventually led him to joining little leagues in several different sports, enjoying varied degrees of success. The pinnacle, perhaps, of his Little League career was when he and his team, the Bethesda Bombers, tallied eight runs in a wild comeback victory, awarding them the championship in the last Little League-eligible game of their careers. His Little League career might have ended, but his competitiveness and love of sports had only just begun.

Naturally, Paul became an avid fan of all Baltimore sports teams—not just the Orioles and Ravens, but even the Baltimore Blast and now-defunct teams such as the Baltimore Bullets (now the Washington Wizards of the National Basketball Association) and the champion Baltimore Stallions (now the Montreal Alouettes of the Canadian Football League). His frequent attendance at these events gave him provided a number of special moments, from meeting Orioles legend Frank Robinson to high-fiving Ravens favorite Ed Reed.

While working as a budding sports journalist in College Park, Maryland, Paul learned about the challenges faced by inner city children and the difference that sports can make in a child's life. On Kiva, he seeks to support sports programs that provide a much-needed outlet to the children who need it the most.