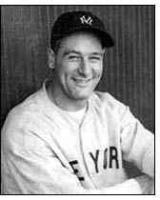 We loan because...
Because we can!

About us
Just what is ALS? Amyotrophic Lateral Sclerosis (ALS) is a motor neuron disease, first described in 1869 by the noted French neurologist Jean-Martin Charcot. Although the cause of ALS is not completely understood, the last decade has brought a wealth of new scientific understanding about the disease that provides hope for the future.

2 messages. Join the team to get in on the action!