A Religious Congregations team since May 24, 2017 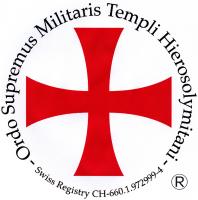 We loan because...
We care.

About us
Our official name is Ordo Supremus Militaris Templi Hierosolymitani, Latin for “The Sovereign Military Order of the Temple of Jerusalem”, and often shortened to the initials OSMTH or SMOTJ.

Our Order was founded on the principles first adopted by the original Templar Knights in France in the Year 1118 and carried out in those early days from their home in the Temple of Solomon in the Holy City of Jerusalem, provided for them by then King of Jerusalem Baldwin, the Second. In these modern times, OSMTH is international in nature with members from over 40 nations, ecumenical Christian in our religious beliefs welcoming Members of all Christian religions, and focused on matters of human rights, political and religious freedom, and humanitarian aid to the world's less fortunate. OSMTH is accredited by the United Nations Economic and Social Council (ECOSOC) as a Non-Governmental Organization (NGO) in Special Consultative Status, and maintain Missions at the United Nations in New York City, Geneva and Vienna.

0 messages. Request to join the team to get in on the action!