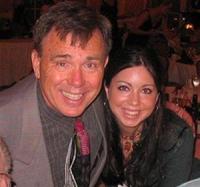 We loan because...
My father believed in making a difference in the world. He believed that everyone deserves a chance. My father was a strong man who lost a long hard battle to cancer on October 26, 2010. His memory will live on and in his honor we will continue to make the world a better place by donating through Kiva.

About us
We are a team who will pay it forward and make a difference in this world in Mark Springer's honor.