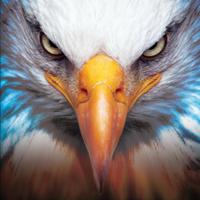 We loan because...
We want to help others.

About us
Our goal is to restore freedom for the people of America and their states by limiting the federal government according to the Constitution.

I'm Eric Martin, one of this team's captains and the author of Liberation Day. Here's a description of the book:

Liberation Day—it’s a title suited to a story of a nation at war and a people held captive. In this case, the invader is not some foreign enemy. It is the government at war with the nation it governs. And the Liberation Day this book speaks of is the day we take our nation back—back from a federal government that has long defied the constitutional restraints that guarantee our freedom.

In Liberation Day, Eric Martin shows us how our Constitution can and must be used to make us and the states in which we live prosperous, powerful, and free as they were meant to be. Martin lays out a rationally innovative plan that radically downsizes or completely dissolves more than 250 federal entities that wield power both unconscionable and unconstitutional.

With its unconstitutional burdens rightfully jettisoned, our federal government will align at last with the Founding Law that makes us and our states truly free. The framers of the Constitution understood only too well that government is by its nature a beast, of use if properly restrained, but oppressive and even lethal if allowed out of bounds. By reapplying to government the well-wrought chains of our Constitution, we will liberate ourselves.

Sam Adams said it best nearly two and a half centuries ago: “It does not take a majority to prevail ... but rather an irate, tireless minority, keen on setting brushfires of freedom in the minds of men.” Here is the match. Now is the time to strike it.