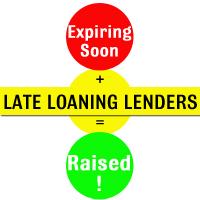 We loan because...
We hate to see loans being left unfunded on
Kiva. Although most of these loans are
pre-funded by the Field Partners, the Field
Partners lose out on the capital if a loan
doesn't get funded on Kiva. We believe that
this will damage the Field Partners in the long
term and impair their capacity to make loans to new borrowers (and probably raise the interest rates or fees they have to pay to get a loan)..

We can't save every red-boxed loan, but we try to
make a difference as in the Starfish Story:
www.goodreads.com/author/quotes/56782.Loren_Eiseley
Help us fund loans we're already supporting:
www.kiva.org/team/late_loaning_lenders/loans?status=fundRaising

Check out Charlotte's Web: starfish.dynalias.org
This watchlist for loans suggested by the team members (starfish + offlist) shows:
* the current position in the popularity ranking (considering pages 1 to 5)
* the timestamp of the most recent loan
* the basket amount
Click magnifier icon for more info. Or read Charlotte’s post at @Charlotte re: #346848
Also known as "CW," or "Charlotte's Web of Wonders"

We invite you to join us and make a difference, too. Please check the team board at 2 am Kiva time, 7 am Kiva time, 1 pm Kiva time and 6 pm Kiva time to coordinate lending.
Kiva time means PST - Pacific Standard Time, the time zone of San Francisco, where Kiva HQ is. They follow daylight saving time in the summer.

About us
Alan's account of the founding of LLL is on the team board @Alan re: #260143. Loans that are nearing expiry won't get funded if they don't get noticed. We look for loans that are about to expire by using the Sort By:
"Expiring Soon" option instead of the default "Popularity", and then work to get them funded.

“You’ve Got Email,” as explained by team member Tim: It's a twice a month email that goes out to the Kiva lenders who have funds sitting unused in their accounts. Mainly the smaller lenders who don't look obsessively at Kiva and are likely not to be aware that they are in credit. Usually linked to the Expiring Loans list and therefore it creates a sort of house cleaning effect there. Today (April 10, 2016) was unusual in that it came out on a Sunday, so the effect has been more muted and will last longer. When it happens Monday - Friday, the impact is amazing with loaning suddenly peaking at 60-90 loans a minute.

Red Loans: Loans that have less than five days to be funded, identifiable by the red box with the notice that says "Only x days left!" or
"Only x hours and y minutes left!"

LLL - Late Loaning Lenders: this team, where
lenders work together to keep loans from
expiring.

SFDD - Starfish Daily Dozen: Under current
practice, one of these lists is prepared and
posted for each day, to help LLL lenders focus
and coordinate their lending on a targeted
group of loans (the Starfish or SF). The lists
are prepared by a group of volunteers who
seek to be objective in selecting the loans to
be included in their lists. They also seek to
spread out the loans in each list over a 24 hour
period and to share the joy among the Field
Partners with loans expiring during that period,
but their efforts are always constrained by the
choice of loans that are available for inclusion
in the list. Loans with larger amounts needed
will be included in the period immediately after
each Credit Day, when lenders are feeling
flush, but the lists will become less ambitious
when the LLL lenders are feeling poor.

GG - Gorgeous Group: The SFDD list-makers usually add one or two of these loans at the end of the SF daily dozen lists. As the name
implies, only group loans are picked. When it is
first posted, a typical GG loan will expire two
days or more after the list is posted. It will
usually be retained as a GG until it becomes
Fully Funded or moves into Starfish range. The amount needed when the loan is selected as a GG will vary depending on the time of month.

OPM - Abbreviation for "other people's money." Our main lending method is to coordinate LLL team members' loans, so that we make several loans to a borrower within a short period of time. This will move the borrower's loan request up in Kiva's "popularity" sort and get the loan noticed by other people (non-members of the LLL team). Many loans then get their funding completed by loans from those non-LLL members. By attracting other lenders' attention to our Starfish loans in this way, we multiply the impact of our finite funds, and save more loans from expiring than we otherwise could.

RTR - Reduce the Red: These lists are posted by the SFDD list-makers when there are not enough loans set to expire in a Starfish window to populate an SFDD list. The RTR lists contains loans with planned expirations later in the Kiva cycle. "Red" is a reference to the red
boxes that are added to a loan description
when the loan is about to expire without full
funding.

Bulge: A short period in which a great many loans have their scheduled funding expiration times. This may happen when, for example, the volunteer coordinators at Kiva offer a promo of some kind to the editors & translators, to get them to do a lot of work in a very short period of time. Bulge loans are prime candidates for inclusion in Reduce the Red lists.

BTB - Battling the Boxes: On those days where
there aren't 12 loans that qualify as "Starfish," the listmakers will include loans that have their red boxes, but more than 24 hours left before their deadline, to make up the 12 loans for the list. The criteria are similar to SF
loans, i.e., one per field partner and reasonable
amounts left to fund (not too much; not too
little), except that these loans may have a longer time left before their expiry date. If they gain good traction on their first BTB day, they may be carried forward. If not ... they stand a second chance as SF.

FF - Fully Funded: This is LLL code for a loan
that has received all the loans required for it to be removed from the list of loans that are raising funds and to move into paying back status.

Lars Ratio: the average funding per hour that is needed for a loan to become fully funded. As a rule of thumb, in a loan's last 24 hours on Kiva, it's more likely to end up fully funded if its Lars ratio is no greater than 100. (I.e., if it needs to raise no more than $100 per hour.)
(Developed by team member Lars)

Wiedergänger (contributed by Maria) - German expression, literal translation "again walker," meaning "undead," i.e. a person that has died but comes back, aka a zombie. Here it means a loan that disappears from the page, but comes back again because somebody didn't check out their basket.

Ruma sana (contributed by Jouko and Potkukelkka) - Finnish expression, literal translation "ugly words." It is a phrase to use when you are very frustrated, but want to stop just short of actual cursing -- for example, when the Kiva site repeatedly logs you out when you are trying to rescue an expiring loan at the last second.

Windmills (as in "tilting at windmills"): From the book The Ingenious Gentleman Don Quixote of La Mancha. It refers to a knight on a horse running at a windmill with his lance, attempting to "defeat" the windmill (the failure of which act is a foregone conclusion). When an expiring loan is referred to as a windmill, people are saying that they think the loan may be a lost cause already ... but since we're all gluttons for punishment, and since you never know what will happen on Kiva, sometimes we take a run at the loan anyway!

See data about all loans currently fundraising on Kiva:
kivatools.com
See data about loans that have been mentioned on the LLL board, including the most recent lending activity on each loan:
starfish.dynalias.org/
See loans in real time, as they are made: kivalive.com/index2.php
See "the fireworks" when lending is very fast:
www.kiva.org/live

Lists are posted on the LLL Team message
board. Join us!

99+ messages. Join the team to get in on the action!