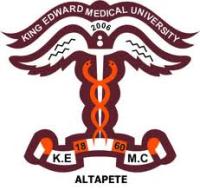 We loan because...
we are blessed

About us
We are students, alumni, professors, and friends of King Edward Medical University, Pakistan.

King Edward Medical University was established in 1860 as the Lahore Medical School. It is the second oldest medical school in South Asia, after Medical College Kolkata (1835).

The first academic building was completed in 1883. The university and the attached hospital were built with the funding and efforts of several dedicated people in the coming years.