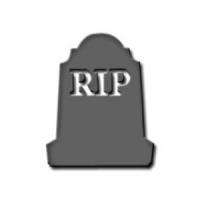 We loan because...
For a reason only him and I know. He helped me, and died before I could repay his kindness.

He was a BS graduate of CS department. Upon graduation in December 2004, George took a job with Raytheon where he worked as a programmer for two years. George had given some thought to coming back to graduate school by sampling some courses with faculty whom he very much respected.

George was simply a nice person. He would offer to help you with anything he could whether it be building, programming, or understanding a concept. In turn, you couldn't help but reciprocate. He was really passionate about robotics and brilliant. George spent a summer helping Fred Martin design the new Handy Board prototype.

He played the guitar and keyboards, sang, and wrote music. He enjoyed combining his music and engineering. George kept a web page with his passions, www.gammaburst.net/.