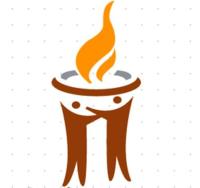 We loan because...
The country’s labour market is badly out of balance. Demographic pressures mean that the demand for jobs is rapidly increasing while since 1990 supply has been falling steeply as a result of looting, wars and other shocks to the economy. This state of affairs has favoured the emergence of the informal sector. About 80% of the active population operate outside the labour market and the unemployment rate is 73%.

Young people face huge problems in finding work. Given the limited number of jobs on offer, the mismatch between training and the skills sought by employers, and the slow rate of retirement among public employees, more than 70% of the young are jobless. Those hardest hit are young people aged between 15 and 24 living in towns and cities. The brain drain and the crisis in the educational system mean that there is a strong demand for
expertise in human resources in the country. But foreign qualifications are more highly regarded than local ones and open the door more widely to the labour market and in particular jobs with responsibility.

Connections play a major role in finding a job in the DRC. But of the 9 000 young people leaving Congolese universities each year fewer than 100 find a job. It often happens that young graduates become street vendors, money changers, traders, operators of public telephones or security staff, for lack of any other job opportunity.

The lack of work and the absence of effective supervisory structures also push many young people into a life of crime. In Kinshasa since 2008 organised crime has developed at an alarming rate (the “Kuluna phenomenon” of serious gangster activity). In the east young unemployed people are exploited by rebel groups.

The World Bank calculates that the DRC needs to create between 2 million and 4 million jobs every year to absorb those arriving on the labour market and to reduce poverty.

Fondation Tuungane aim to enhance youth skills and visualize proper direction on the business ideas they want to pursuit in order to discrease employment crisis in Congo.

About us
Fondation Tuungane is a Congolese NGO seeks to build a society where youth determines their own positive future. To do this, Fondation Tuungane catalyzes youth into action through trainings. Young people between 13 and 29 are taught different skills in business creation sothat they be able to effectively work in their communities’ settings able to create social impact projects among themselves.