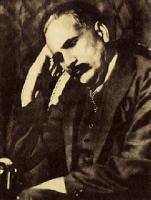 We loan because...
we want to share the resources on planet earth.

About us
We are students, followers, and people inspired by the poetry and philosophy of Dr. Allama Mohammad Iqbal.....one of the greatest poets of Indian Sub Continent.

Sir Muhammad Iqbal (Allama Muḥammad Iqbāl) - November 9, 1877 - April 21, 1938- commonly referred to as Allama Iqbāl ʿAllāma meaning "The Learned One" in in Urdu Languae (Pkistan), was a Lahori Muslim poet, philosopher and politician in British India. He wrote his works in Persian and Urdu.

After studying in Cambridge, Munich and Heidelberg, Iqbal established a law practice, but concentrated primarily on writing scholarly works on politics, economics, history, philosophy and religion. He is best known for his poetic works, including Asrar-e-Khudi—for which he was knighted— Rumuz-e-Bekhudi, and the Bang-e-Dara, with its enduring patriotic song Tarana-e-Hind. In India, he is widely regarded for the patriotic song, Saare Jahan Se Achcha. In Afghanistan and Iran, where he is known as Eghbāl-e-Lāhoorī (Iqbal of Lahore), he is highly regarded for his Persian works. Iqbal was a strong proponent of the political and spiritual revival of Islamic civilisation across the world, but specifically in South Asia; a series of famous lectures he delivered to this effect were published as The Reconstruction of Religious Thought in Islam. One of the most prominent leaders of the All India Muslim League, Iqbal encouraged the creation of a "state in northwestern India for Muslims" in his 1930 presidential address. Iqbal encouraged and worked closely with Muhammad Ali Jinnah, and he is known as Muffakir-e-Pakistan ("The Thinker of Pakistan"), Shair-e-Mashriq ("The Poet of the East"), and Hakeem-ul-Ummat ("The Sage of Ummah"). He is officially recognized as the national poet of Pakistan.The anniversary of his birth is on November 9, and is a national holiday in Pakistan.

Iqbal is said to have conceived the idea of Pakistan as a separate Muslim homeland while meditating at the shrine of the famous Sufi saint Ali Hujwiri in Lahore.

Iqbal did Bar At Law from England, and had a PhD in Phlosophy from Munich University.