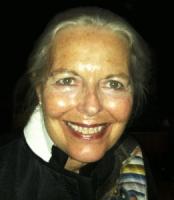 We loan because...
I am an innovator in the practical application of philosophy as a means to benefit all. I invented Balanced View, a standardized education in the nature of mind used throughout the world. Balanced View's unique methodology applies algorithms to reach the consistent result of the beneficial empowerment of mind, speech, body, qualities and activities. Comprehensive order becomes spontaneously obvious through recognizing intelligence as inexhaustibly open in a vast space that is not restricted by the body.

When I was 7, a Bermuda neighbor read to me "Awareness Nakedly Seeing" from the Oxford University translation of "The Tibetan Book of the Dead". The clear perspective of mind as an inexhaustible open intelligence was newly invigorated in me upon hearing this important text. It gave me courage to continue in my firmly held belief that everything is beneficial by nature. I found no distinction between Tibetan timeless awareness and the Christian God that was so important to my family. I learned that each culture has its own system for bringing out the best in people and that each is a perfect fit for that particular culture. I felt a strong urgency to bring unity to the people of the world through a standardized means of bringing out the best in people.

In Bermuda, European Catholic pageantry and British royals were blended with celebratory Caribbean Christianity and early steel drum music, the roots of reggae, rapped out on large discarded oil cans. Every night, the sound filled the air from nightfall until 2am becoming the vibration of the Caribbean countries and their people, including me.

Although the time period of the 50's was after World War II, Jewish people were not permitted entry to the country or its lodging through a variety of devious means. My parents gave refuge to visitors and immigrants who were not allowed in Bermuda, giving all six of their children a rich background in international community and friendship.

I studied in a Yale mathematics program for gifted children. At the age of 18, I attended a UCLA international program for young philosophers where I focused on the pragmatic application of philosophy to be of immediate, permanent benefit. Bypassing undergraduate school, I was accepted into and completed graduate school, studying both critical theory and fine arts with a variety of professors at California College of the Arts, UC Berkeley and Stanford.

Early in childhood, I was introduced to computer science and the use of original algorithms to reach consistent results. In the seminal years of computer history, my father began the high level design of the first international computer network for food distribution. He later led the team that developed and implemented this system when technological innovations matched his aspirations. Inspired by my father's drawings of bar codes and stories about a future of food distribution to everyone in the world based on the bar code, reducibility became my natural way of problem-solving.

I am particularly interested in utilizing the philosophy and mathematics of computer science as the basis for a revolution in social science, particularly philosophy of mind, which always has been left to vague levels of abstraction with no result of permanent benefit. I apply precise levels of organization and explanation used in computer science to arrive at specific results in the philosophy of mind. Advancing theories of information, reducibility, organization and explanation, I developed a comparative analysis and then a comprehensive map of all known systems of education in the nature of mind and in human nature.