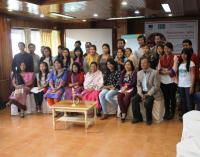 We loan because...
Why we loan? There is so many people are victim in this place of Human Trafficking in North East India. Many Number of Rebel Org. are working at this place, So. I Want to remove of Human Trafficking, Arms Conflict. Drug, Human trafficking is the trade in humans, most commonly for the purpose of sexual slavery, forced labor or commercial sexual exploitation for the trafficker. Human trafficking is thought to be one of the fastest-growing activities of transnational criminal organizations.[

About us
According to Nobel Women’s Initiative who organised the Conference, “Sexual violence takes place in every region of the world, with the reasons for its use varying from conflict to conflict. It has been used as a tactic to terrorize communities suspected of supporting guerrilla forces, as a way to force population off land, and to punish human rights defenders”.

0 messages. Request to join the team to get in on the action!