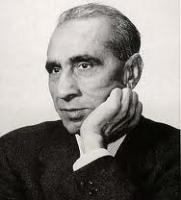 Patras Ke Mazameen (essays of Patras), his collection of essays work is said to be an asset in Urdu humor writings. It is undoubtedly one of the finest works in Urdu humor and despite the fact that it was written in first half of twentieth century, it seems to be truly applicable even today.

He lived in times of personalities like Allama Iqbal and had interacted with him on several occasions and engaged him in philosophical debates. One of his debates with Iqbal led to creation of one of his poems in his book Zarb-e-Kaleem.

But this Amazing Pakistani which is a legend in Urdu literature had one more dimension to his personality which unfortunately is known to very few. This part of his contributions to Pakistan rightly places him among great statesmen our country has seen.

He was Pakistan’s first permanent representative at United Nations. And what else can encapsulate his services better than an editorial dedication to this Patras by New York Times, a day after his death, which regarded him as a “Citizen of the World”.

“Occasionally we have been blessed with the presence of some individual, who could give human form to our abstractions. We have just lost such a person in the untimely death of Prof. Ahmed S. Bokhari, diplomat from: Pakistan, who served as chief of information in the United Nations. He was, in the best sense, a citizen of the world.”

His work at United Nations was truly amazing during many years of his service to this body which was in infancy while Patras worked there. One of his major contributions was fighting the case of UNICEF during meetings which were convened to discuss its closure because apparently it had fullfiled its designated task. Patras’ argued successfully that UNICEF’s need in developing countries is much greater than its role in European countries after WWII. His arguments forced even Eleanor Roosevelt to change stance of her country, United States. His contributions to United Nations as a leading diplomat were summed up by Ralph J. Bunche (UN Secretary General and Nobel Peace Laureate) in these words:

“Ahmed Bokhari was, in fact, a leader and a philosopher, a savant, indeed, even though not old in years, a sort of elder statesman. His true field of influence was the entire complex of the United Nations family.... He was acutely conscious of the aspirations of people throughout the world for peace, for better standards of life, for freedom and dignity, but no one was more soundly aware than he of the difficulties and obstacles to be overcome in bringing about a broad advance of humankind along these avenues.”

It is truly unfortunate that our present day Pakistan doesn’t fully remember this legend. Among different awards and honors held by him include Hilal-e-Imtiaz, Pakistan’s second highest Civilian award which was given to him posthumously in 2003, some 45 years after his death.

For more information on life and works of Patras Bokhari, please visit this website