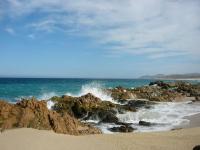 We loan because...
Tyde Pavlinik grew up in a small town in a country portion of the nation. Tyde was born on June 30th, 1980 and is the eldest of four siblings. Growing up in a rural community, Tyde Pavlinik learned about responsibility, family, and faith early in life. His younger days were spent riding horses, attending church, and school. His school was a small school house and his teachers described him as shy and polite. He attended a Presbyterian church and was confirmed at the age 16. During Tyde Pavlinik’s high school years, he was a member of the orchestra, tennis squad, football team, and participated in track.

Tyde learned to drive his junior year and his first car was a Toyota. Some of Tyde’s most adored memories from high school were boating and floating the lakes and rivers, going to the State Basketball championship, being voted “Mr. CHS” and spending time with his friends. Tyde’s dog, Poppy, was constantly with him on walks along the river. After Tyde graduated high school in 1998, Tyde was accepted into the California State University system where he graduated with a B.S. in Business Administration. While at school he met lifelong friends and enjoyed living in a bigger city and adjusting to west coast culture. In 2002, Tyde Pavlinik moved south behind the “Orange Curtain” for a few years and enjoyed his time greatly. There he formed new friendships through his small business venture and experienced all that California had to offer its residents. Several years later, Tyde met his beautiful wife and they decided a new chapter in life was to begin. They moved their family back to the open spaces Tyde had loved as a child.

Now a father of his own, Tyde Pavlinik strives to teach his children the values of respect, dignity, and devotion. He enjoys political conversation, tennis, country western music, line dancing with his wife, hugging his children, and playing with the family dogs. For the past several years Tyde has been a medical device sales representative serving the fields of pulmonary, internal medicine, and cardiology.