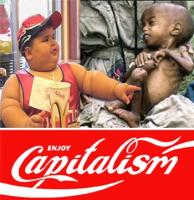 We loan because...
Officially 1bln people (12/2010 statistics) is starving. Also another 1bln people near starving. Half world population is living with 2.5$/day or less.

If you feeling PERSONALLY RESPONSIBLE for lack of World Social Welfare system,
you can commit to lend percentage of your earnings (5-10% recommended) straight to poorest.

How to think this Kiva microlending project is as a charity?
Actually it becomes close to best charity!
Example:
Let's say you've commited
to lend 5% of your wage which is 100$ for 1 month. So you can consider, that your loan 'interest' ( let's say 10% annual) from this amount ( equal 10$) will went to charity. So if you want to donate ~10$/month to charity, what you need to do is to lend 100$/month every of 12 months. Then after 1 year you just need to keep re-lending same money again or add/withdraw a little, according to your wage changes. Can you do 10% from your wage? That's what most religions recommend to share.
Looks a lot? But we are offering NOT to share, but just To LEND 10% without interest. Which is equal to 0.83% of your wage will be donated.
Can we? No? Ok. Can we start with commitment for 1% of wage lended, until our awareness will rise?
Do you feel like getting above average World person?
Keep in mind, there is a small risk of no return as well, which you can adjust next year!
You can add gift certificates as well.

Recommendation to Members:
1) To support the poorest one FIRST! Check the facts about Poorest country! myrayana.blogspot.com/2011/03/top-10-poorest-countries-in-world-2011.html

2) please, Read Empowering report Sn.im/EthicMoney:
2.1) Let's Think SPENDING money as a voting tickets. Voting becomes as a promoting industries. So what you promote?
2.2) Let's Think EARNING money as cooperating your time, knowledge, other resources with some industries. What you are cooperated with for earning? What you create with your cooperation? Think.

To Your Health and Inner Peace,

8 messages. Join the team to get in on the action!