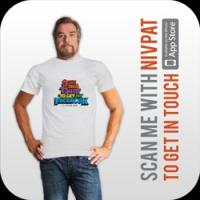 We loan because...
Luigi Boschin is a successful entrepreneur with a track record of building multi million dollar businesses in a variety of industries.

For the past three years, Luigi Boschin has worked at NIVPAT with co-founder Alessandro Prest to commercialize a revolutionary pattern recognition technology developed in conjunction with the prestigious Swiss Federal Institute of Technology (ETH). The patented NIVPAT technology allows the noninvasive identification and validation of any pattern (“Identifier”) on virtually any object (garment, vehicle, accessory, billboard, etc.) using a smartphone (or any connected imaging device).

Most recently, Luigi Boschin developed business opportunities for the Shanghai, China province in Europe. He also represented the town of Tong-Li, west of Shanghai, and hosted a Chinese radio show teaching entrepreneurship on a national radio show with over 800 million listeners.

Along with this, Luigi Boschin attended New York University from 1974-75. Born in Italy, Mr. Boschin has been married for 36 years with two children. He is a Canadian citizen since 1981, and has a Canadian commercial pilot license B727 rated.