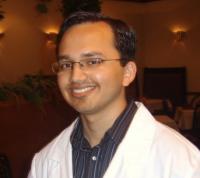 We loan because...
Faisal Anwar was born in rural Bangladesh. Leaving for the United States when he was only five years old, Faisal was exposed only briefly to the culture of the most-densely populated country in the world. He learned to speak his native language, Bangla, but not to read or write it. Faisal quickly noticed how uncrowded America was compared to where he was born. There was actually room to run. The sky was clear blue, the air had no smell, and things just seemed brighter. He immediately made new friends from around the world as his family settled. It was around this time that Faisal felt the urge to help people and found himself drawn to those who were suffering and in need. He was not sure he wanted to be a physician at this point, but he knew he wanted to help people in any way he could. This first manifested itself through Faisal’s talent for listening. As he started middle school and into high school, Faisal found himself finding satisfaction in serving as a peer mediator, peer counselor, and ultimately volunteering at hospitals. It was at this point that Faisal began to realize he wanted to be a doctor. Being a Muslim, modesty was stressed throughout Faisal’s upbringing. Flaunting or “showing off” was frowned upon in his culture and religion. He was taught that if one were to collect any material credit or accept recognition for a good deed, it would not be regarded as a good deed in the afterlife. This became his philosophy as a physician.

Faisal Anwar grew up in our nation’s capital, Washington D.C. and spent the majority of his life in Virginia. After studying chemistry at George Mason University in Fairfax, Virginia, he went to Eastern Virginia Medical School in Norfolk, Virginia pursuing his medical degree. He immediately fell in love with the city of Norfolk; all four seasons, the rich history, the proximity of Virginia Beach, and being only a short drive away from his family.

Faisal Anwar continues to reside in Norfolk, Virginia, finishing up his residency in Internal Medicine where his friends and colleagues in his program have become his family. Faisal considers himself to be living his dream and believes that the trials, tribulations and adversities of his upbringing have made him the person he is today.