My Return to Playa Blanca – The Story of Isla Baru

For me, this story starts two years ago, long before I ever dreamed of doing a Kiva fellowship. At the time, I was working at a small travel agency in San Francisco and took a much-needed vacation to Cartagena, which I had read was a UNESCO World Heritage site composed of colonial houses, bright colors and beautiful beaches.

The best beach in the area was reputed to be Playa Blanca, so I booked a tour, spending one night sleeping in a cabaña and enjoying the white sands, clear waters, rustic environment (no electricity or running water!) and fresh fish.

All I knew about Playa Blanca was that you had to take a boat to get there, and that from 1pm – 3pm, the exact time that most tours allowed their passengers to frolic on the beach, the place was overrun with aggressive vendors pushing massages, oysters, bracelets and handicrafts on the tourists. Where these vendors came from I had no idea, as they all seemed to melt away as soon as the big tour boats left, but I didn’t really care – I was just glad they were finally gone.

Fast forward two years. Back in Colombia serving as a Kiva Fellow, I joined the staff of my Kiva field partner, Fundacion Mario Santo Domingo (FMSD), on a trip to visit some of the development projects that the Foundation funds – first stop, Isla Baru, the impoverished island that is home to one of the world’s most beautiful beaches, Playa Blanca.

Baru, an island about the size of Manhattan, is home to about 10,000 residents who live in one of its three towns – Ararca, Santa Ana and Baru. Though tourists generally arrive by boat directly to the beautiful shores of Playa Blanca, everyone else takes the ferry. This journey took us over an hour as we passed through poor, undeveloped neighborhoods in northern Cartagena, traveled down bumpy, unpaved roads, and waited for over 30 minutes to load onto the ferry. If residents of Barú wish to travel to the mainland for work, cheaper goods or emergencies, they must make this long, arduous, and expensive trip (the ferry charges a few dollars per car).

Pasacaballos, the ferry crossing to Baru

Though it is clear that the towns in Baru are very poor and lacking in many amenities, the island is much more developed today than it was 20 years ago. Part of that is thanks to a boom in the Colombian tourism industry and its interest in developing the island further, and part is due to the work of FMSD, which has two very impactful projects on the island.

Our first stop on Isla Baru was the Ecological School, which was founded 14 years ago by FMSD and its partners to provide decent schooling to the local children. Today home to 719 children and 41 teachers, the school offers high quality, free education within an ecological and afro-Colombian context, teaching the students to preserve the beautiful natural island that is their home and embrace their local culture.

I was impressed with the simple, calm campus. Shaded by local trees, spread across ample grounds and scattered with open-air classrooms under palm-frond roofs, it was a tranquil paradise of learning. The students, who range from pre-kindergarten to 11th grade, were able to take advantage of a healthy breakfast and lunch each day, a computer lab, a nursing station, a campus store run by students, a modern dance studio, and courses in music, handicrafts and English.

One great feature of the school is its vocational program. By 9th grade, each student picks a vocational focus – handicrafts, seamanship, or tourism, the three main industries of the island. The final three years of school are spent focusing on this vocation, preparing them for life after school, as most will spend the rest of their lives on the island. 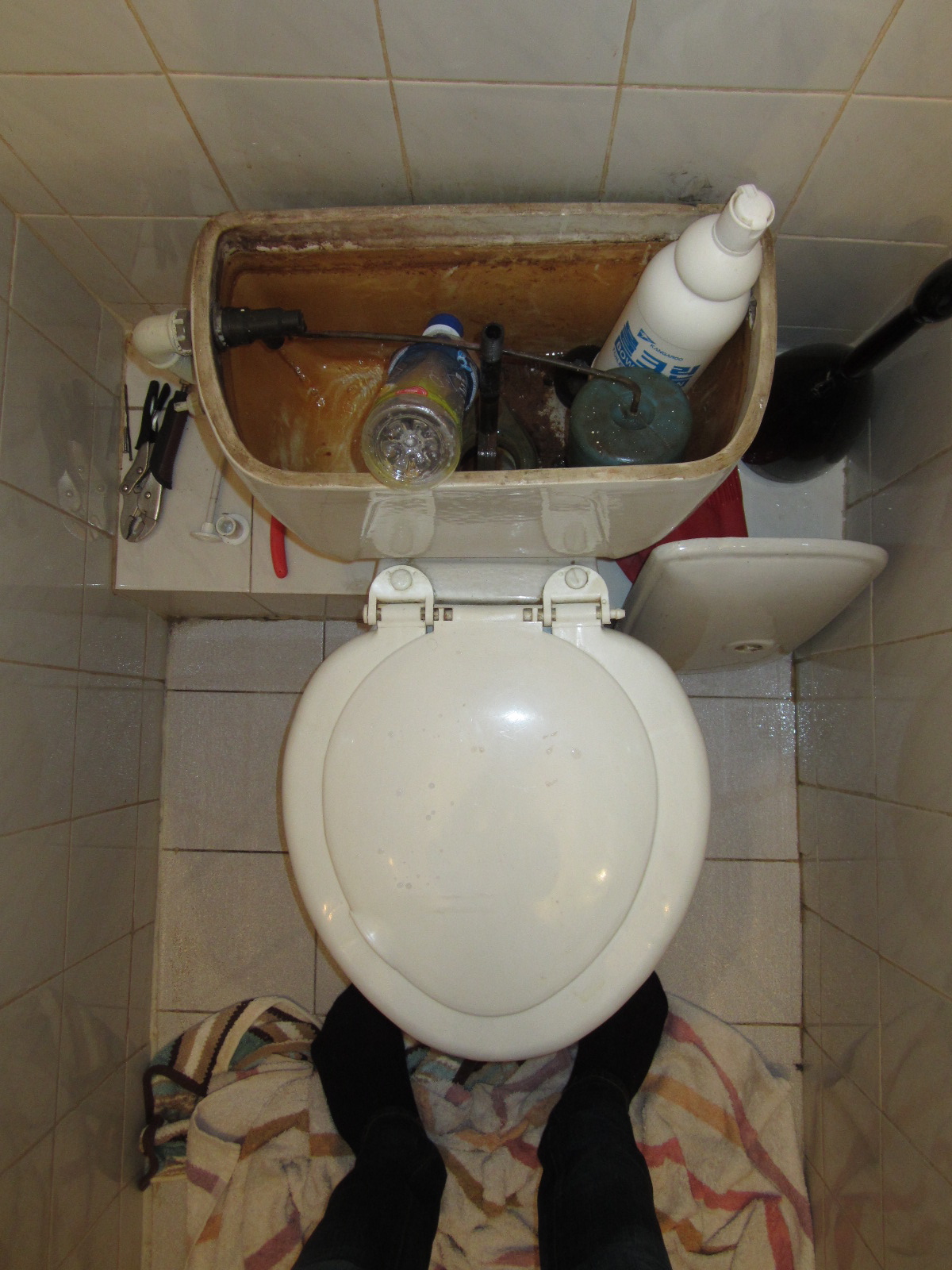 A few minutes down a bumpy, pot-hole-riddled road in the middle of Santa Ana, we came upon the Foundation’s other project in Baru – the health clinic.

Founded 18 years ago, the clinic brought healthcare and health education to a place that had no existing medical entity of any kind. Now, it cares for the health of the entire island, along with another branch in the town of Baru.

I was amazed at the range of services that were provided: medical consultations, dentistry, a clinical lab, hospitalization, 24-hour emergency service, a 24-hour ambulance that even travels to Cartagena in cases of extreme emergencies, a pharmacy, radiology, surgery, and a maternity ward.

It is staffed by 6 young doctors who have just finished their studies and are required to do a year of service, as well as 2 more experienced, permanent doctors. The clinic also utilizes something that they call “telemedicine,” using telecommunication technologies to consult specialists based in places like Cartagena and Bogotá. This gives the residents of Baru access to some of the best doctors in Colombia, something which previously would have been unimaginable for an isolated, undeveloped island.

The clinic has changed the lives of everyone on the island. It cares for pregnant women, newborns, children and adolescents, all the way through to elder care. Besides providing basic healthcare, it also works with other organizations to introduce family planning programs, giving out contraception and teaching the youth population about sexual and reproductive health. Today, the birthrate in Baru is lower than the Colombia national rate.

When I was there, the clinic was bustling with visitors, who were there for check-ups, to pick up medicines, and for consultations. It was heartening to see, in a town of unpaved streets, wandering livestock and dilapidated houses, a modern medical facility.

Big changes are ahead for this little island. Work on a paved highway was recently begun – it will travel from the ferry crossing all the way through the towns to Playa Blanca. The residents are now pushing for a bridge to be built to replace the ferry, which is slow and expensive. This bridge would change things completely for Baru, bringing access to police services for increased security, as well as saving time and money.

It would also facilitate an increase in tourism, which is already growing as new resorts are planned. This is a double-edged sword. The development of tourism has enticing rewards in the form of rich foreign tourists, a new source of income for an impoverished people. But as with anything, too much of a good thing can ruin it, as has happened in Machu Picchu, the Great Barrier Reef and even nearby Cartagena. Is Colombia prepared to preserve the tropical natural beauty of the island in the face of giant development projects? Are the residents ready to be invaded by huge hotels, hordes of tourists, and the crime waves that accompany them? Only time will tell.

After a long and exciting day visiting the school and the clinic, meeting locals and hearing about Baru’s problems and its potential, I found myself back in a familiar spot:

This time, I looked around me with greater understanding, and greater appreciation. The many beachside restaurants and cabañas were projects by enterprising locals, and though their predatory sales tactics were still annoying, I now understood that tourism provided one of their only opportunities to generate income. I knew that after spending the day hawking their wares, they would make the long journey on foot down a newly constructed highway to the town of Baru or Santa Ana, a place where you might find a free-range pig burrowing in the mud outside of a modern full service medical facility.

Rose Larsen is a member of the 19th class of Kiva Fellows, serving in Barranquilla, Colombia with Fundación Mario Santo Domingo. Become a member of FMSD’s lending team, lend to one of their borrowers today, or apply to be a Fellow! 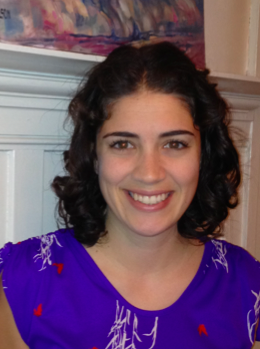 Rose grew up in San Francisco and attended UC Berkeley, where she earned a BA in Economics with a minor in Spanish. She developed an interest in Latin America and economic development while in college, which led her to study abroad in Argentina for a semester and travel across Chile, Uruguay and Bolivia. After graduating, she worked for a few years arranging tours and vacations within the United States, before transitioning into nonprofit work with an internship in Kiva's San Francisco office, working with the Fellows Program team. After four months in Colombia, she is excited to continue her fellowship in the Dominican Republic!