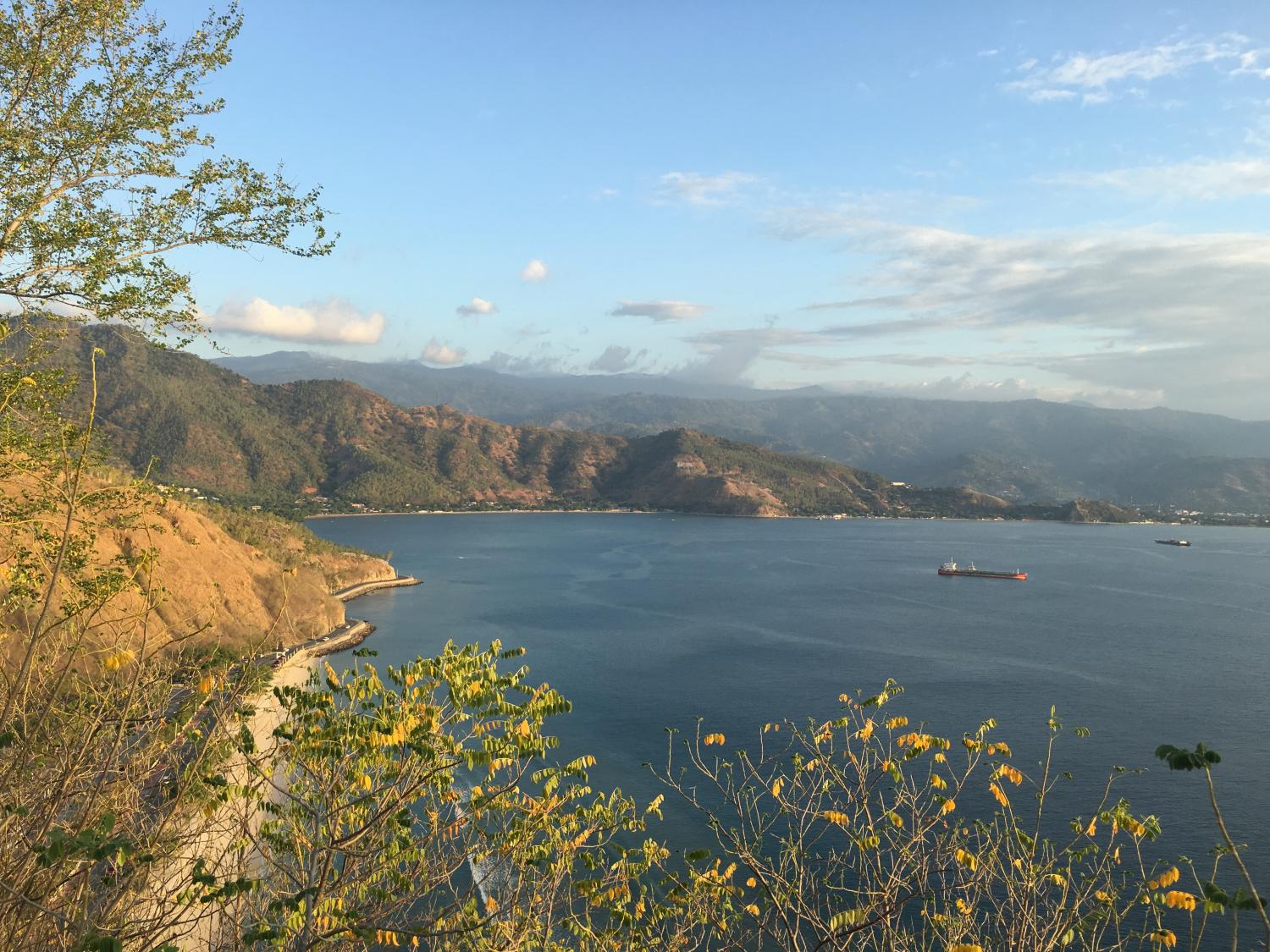 A view overlooking the coast of Dili (the capital of Timor-Leste)
What could crocodiles, coffee and collective impact possibly have in common (other than some ingenious alliteration)? As a Kiva fellow, I spent a month in Timor Leste (East Timor) and found that these three things offer a taste of Timor through their importance in the past, present and future of the country.

First off, let’s take a step back. Timor Leste, where is that!? Timor Leste is one of the world’s newest and least developed countries. Although commonly misconceived to be in Africa, it makes up the Eastern half of Timor Island, which is in the Indonesian archipelago. With a few centuries of Portuguese colonization under its belt, followed by twenty-five years of Indonesian occupation, the small one-million inhabitant country has had a fascinating and tragic past. Today, you can feel the “born again energy” of a country embracing its freedom through the intensive infrastructure development and the free-spirit attitude of the Timorese people.

It also would be unfair to leave out that Timor Leste is possibly one of the most beautiful places I have ever been to. A true hidden gem, the island is divided by a rugged mountain range, which makes getting around an adventure; but also offers spectacular, rewarding views. Even by sea, the untouched, cerulean waters that surround the island boast some of the most diverse coral in the world (and most incredible diving) just steps off the shore. 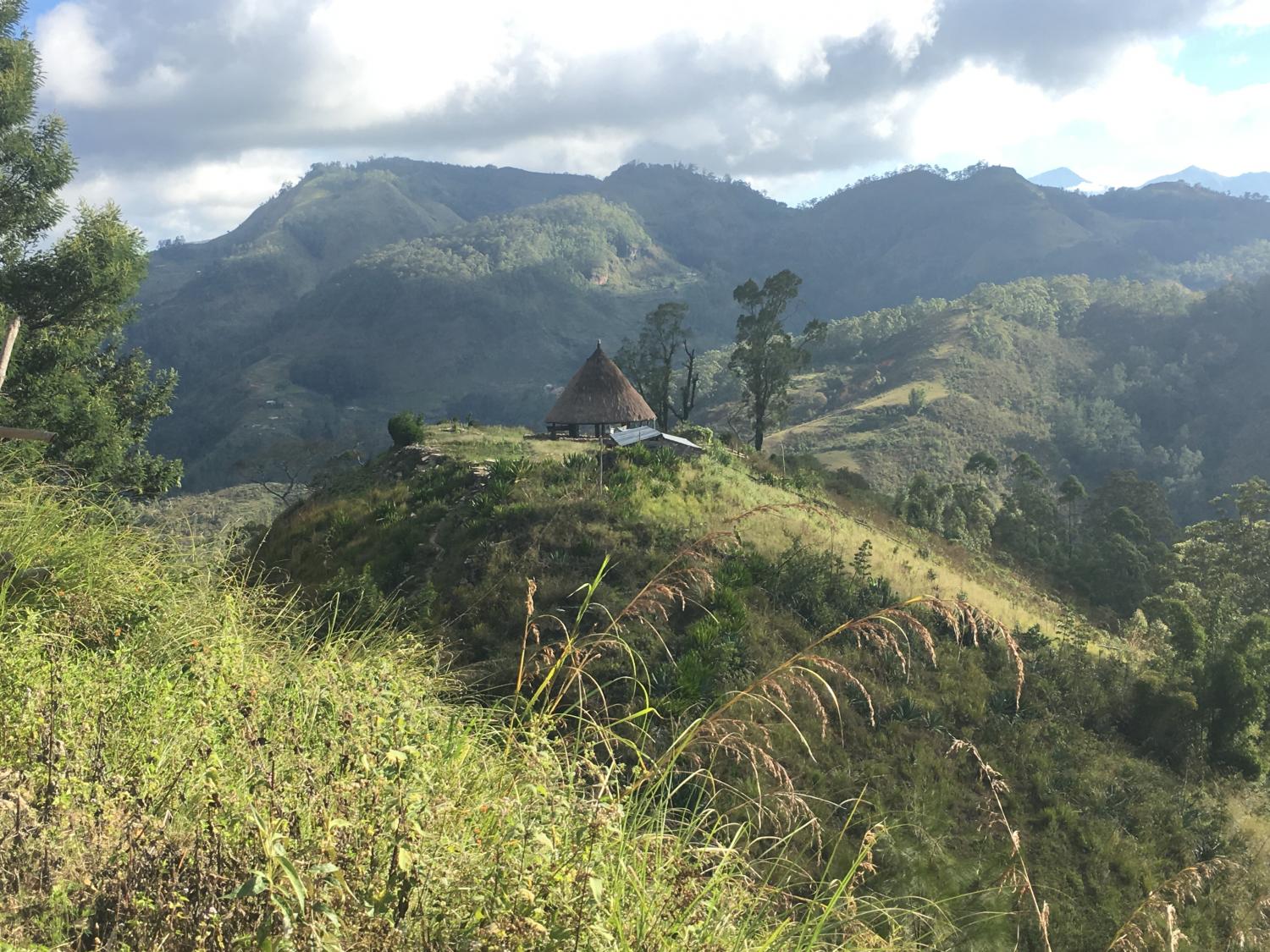 Many Timorese live in isolated houses in the mountainous countryside

Crocodiles
Now let’s dive a bit into the past, and where crocodiles, or lefaek, fit in. On a long, bumpy car ride across the island to visit a few Kiva clients, a colleague from KIF (the microfinance partner I was working with) told me the Timorese crocodile legend. The legend attributes Timor’s mountainous, crocodile-like shape to a parable that a crocodile turned himself into an island out of kindness for a little boy.

As a result, crocodiles are sacred to the Timorese, and are often sought out for wisdom and advice. In fact, the Timorese ease any concern of swimming in the sea, which is known to have crocodiles, by entering the water and saying “Don’t eat me crocodile, I am your relative”. Hearing this legend gave me some insight into the countries past and the spiritual and superstitious nature of the people of Timor Leste. Of course I also heard this story a few days before my first dive trip in Dili, which was comforting, but apparently the scuba divers have never seen a lefaek!

Coffee
Coffee represents the present of Timor Leste, and much of the countries livelihood. A few days before I set off on my Kivan adventure I was waiting in line at Starbucks and a bag of coffee caught my eye. “East Timor Peaberry”- I was shocked! A country that I had never heard of 3 months ago and was about to spend a month in was on a bag of Starbucks coffee. Turns out coffee is Timor Leste’s biggest export, and Starbucks is the largest buyer. 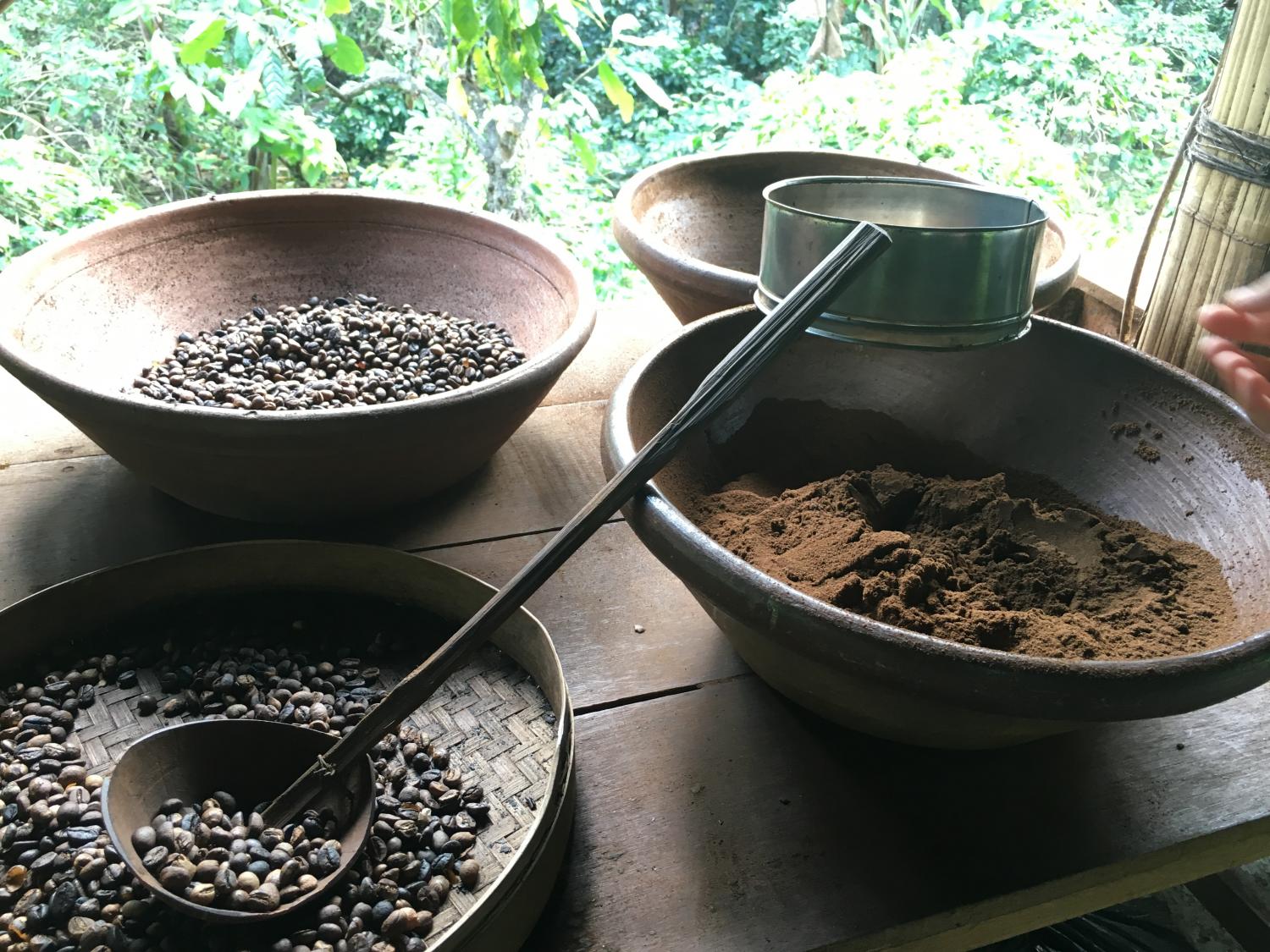 Once on the ground, I was excited to learn as much about the Timor coffee industry as possible with hopes that maybe there’s an innovative business solution here… so MBA of me, I know. But a visit to Ermera, one of the main coffee growing districts, made me quickly realize that while there is potential for coffee to transform Timor Leste, it will absolutely take time.

Although Timor coffee grows wild, is all organic, and has a unique flavor profile; coffee farmers are also amongst the poorest of Timor Leste. And it is partially because they only get around $1/kg for the coffee cherries they sell. To give you a comparison, a single-origin bag of Starbucks coffee sells for around $30/kg! So while there is tremendous potential for coffee in Timor Leste, it will require training coffee farmers to be involved in more of the process and allowing them to get a fairer distribution of the profit in order to have a more positive impact on the people.

Collective Impact
And now for the future, and where collective impact fits in. Collective impact is the idea of organizations collaborating across sectors and using a common agenda, metrics of success, etc. to solve a social problem. And while collaboration would be great in a number of contexts and is never easy, it felt especially relevant to the situation in Timor Leste. As I mentioned earlier, Timor Leste is undergoing an exciting time of growth. There are hundreds of NGO’s on the ground working on essential and innovative development projects. They are all doing incredible work, but they could be even more effective through partnerships and shared impact measurement.

For example, one area that stood out with the most to gain from partnerships was distribution. The mountainous territory and undeveloped roads make getting around Timor quite a feat – it took us 8 hours by car to travel to a district on the other side of the island (that was only 125 miles away!). And each day, there are several government, business and non-profit organizations making the same trek to distribute supplies or reach clients. Why not work together and use the resources you can save towards creating additional productivity? Organizations are definitely moving in that direction, and I look forward to seeing the impact that collaboration can have on Timor Leste in the future! 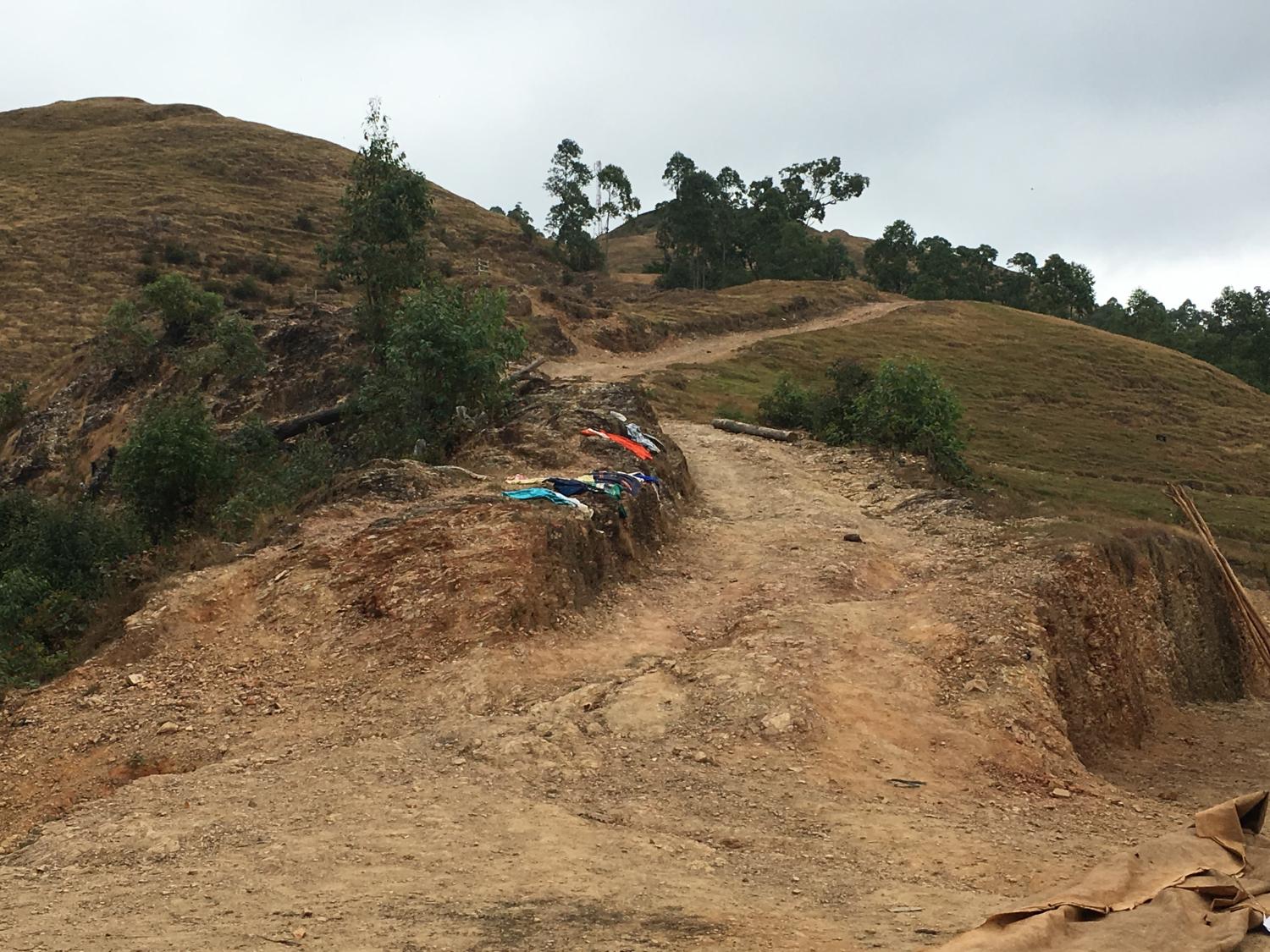 A typical road to the districts of Timor Leste. The undeveloped conditions make getting around very difficult and make any drive an adventure 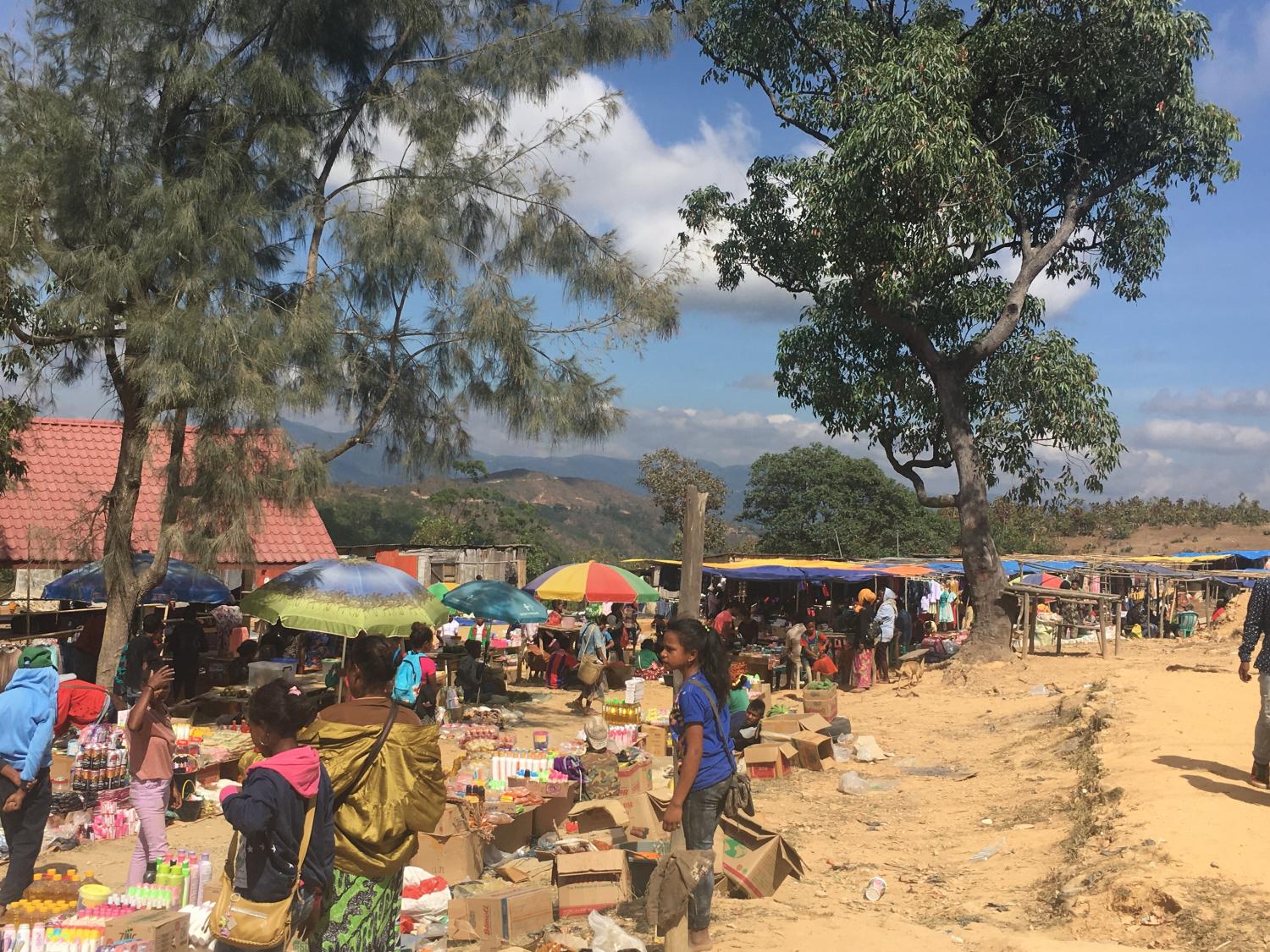 A traditional weekly Timorese market where you can get anything from fruit to solar panels. Many Timorese live in difficult to access, rural areas so markets like these are their only access to products they need 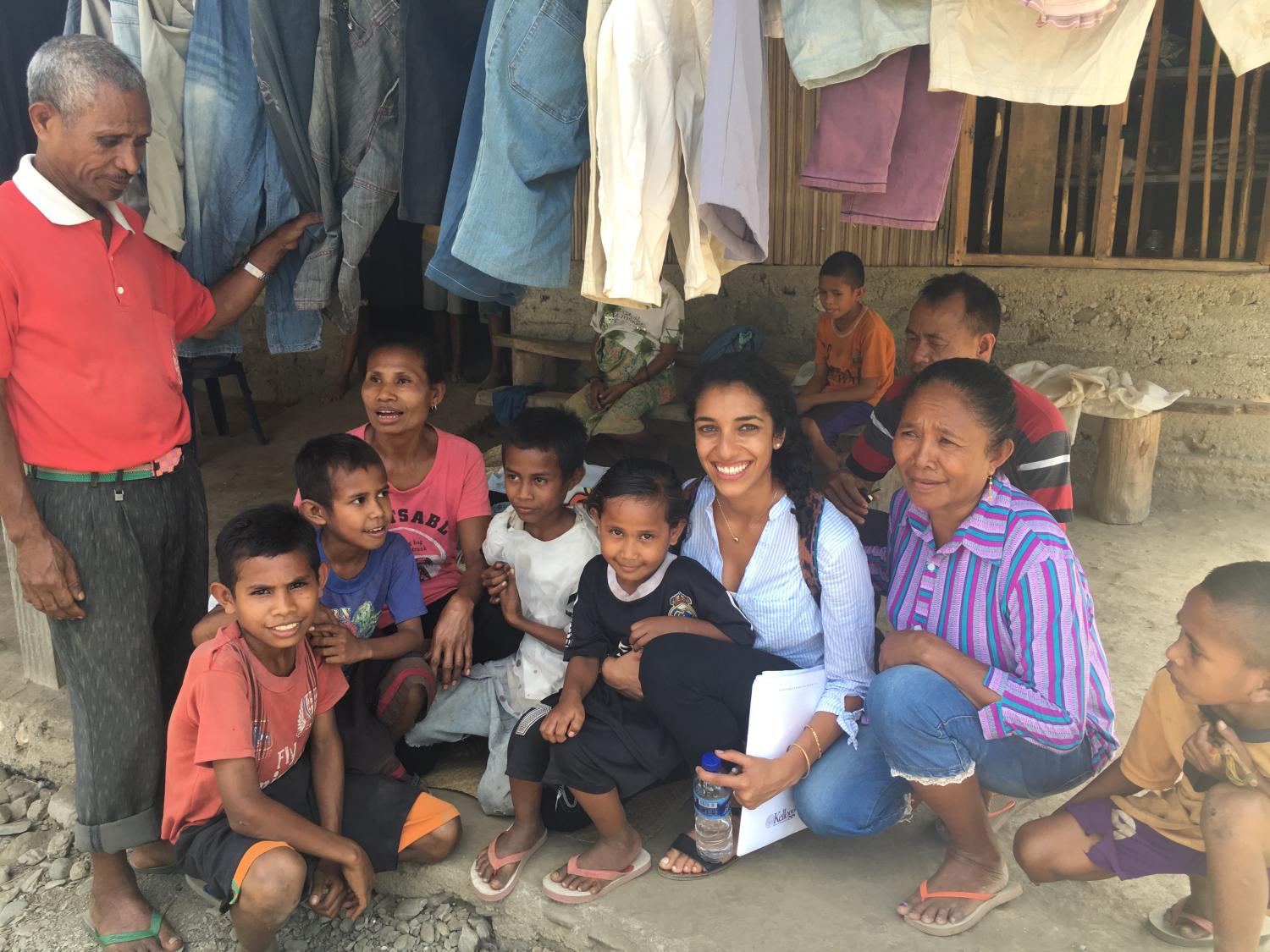 One of the inspirational Kiva clients I had the pleasure of meeting. Rita is a single mother of 7 and took out a Kiva loan to gain extra income from her small shop to support her children's education. She lives way off the grid so restocking her shop becomes a full day adventure and when she is not working the kiosk she sells animals, fruit and her homemade bread at the local market.
Share on: 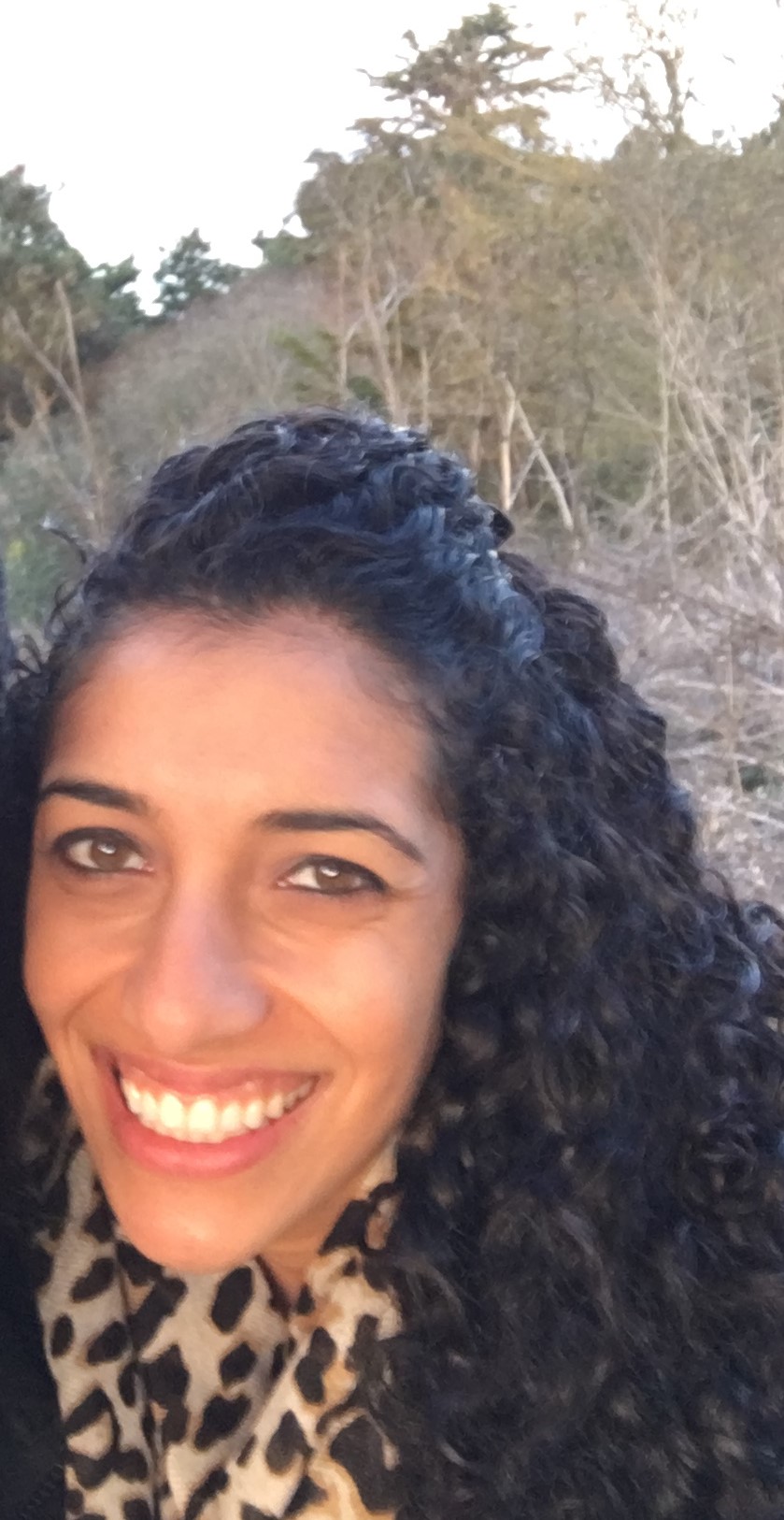 Born and raised in the Chicago area, Roshni grew up with a passion for traveling. Frequent trips to India made her question many of the inequalities she was surrounded by and inspired her interest in international development. Roshni is a proud wolverine, with a business degree from the University of Michigan. During her time at Michigan she helped plan a social justice conference that sparked her interest in the social enterprise space and in Kiva. After graduation, she worked as a consultant for The Cambridge Group, helping companies gain a stronger understanding of their customers to inspire growth. After a few years, her passion for the social impact space was tugging at her so Roshni decided to go to business school to focus on the how business can be used towards a social cause, and is currently finishing up her first year at the Kellogg School of Management. She is very excited to experience new cultures, learn about microfinance and meet inspiring people as a Kiva Fellow in Indonesia and Timor Leste this summer.