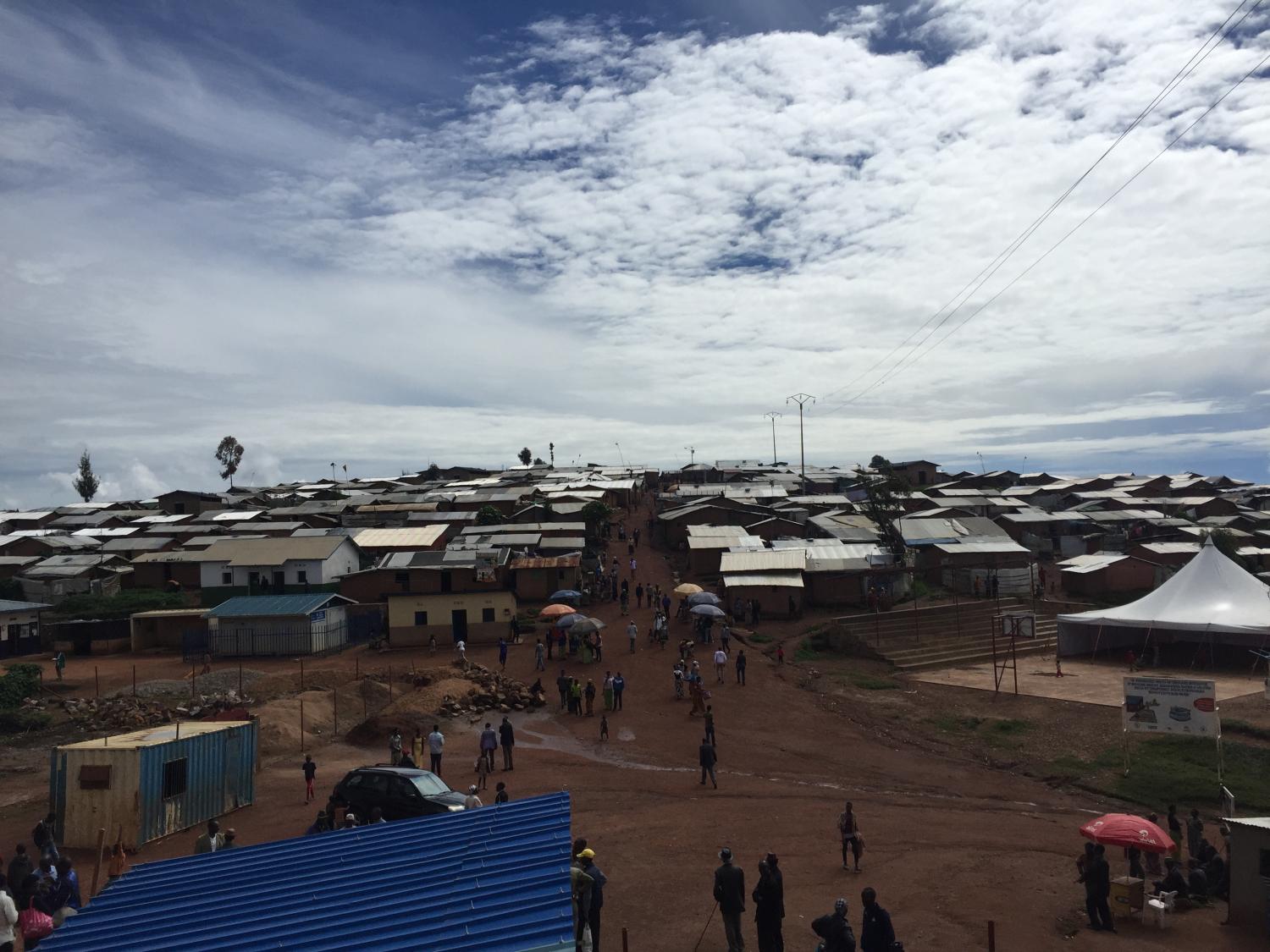 The movement of people across and within borders in East Africa since the 1950’s has been significant. Often, movement has been a result of conflict or instability, with people leaving their homes in search of safety.

When the Rwandan Genocide ended in 1994 and the Rwandan Patriotic Front took control of the country, those who had fled were encouraged to return home. In the 24 years since the genocide, more than 3.4 million Rwandan refugees have returned home, and people are still crossing the border back into Rwanda today.

While the Rwandan government and economy have largely stabilized, those of many neighboring countries have not.

Today, Rwanda, a tiny land area in East Africa, hosts more than 170,000 refugees in 6 camps scattered across the country. The camps are home to Congolese and Burundian refugees. Renewed hostilities in the DRC in 2012-2013 and security issues following the Burundian election in 2015 have forced thousands to flee to Rwanda for safety.

The conditions in Rwanda’s 6 refugee camps vary greatly. Some of those in the Gihembe refugee camp, for instance, have been refugees for more than 20 years. Whereas the more than 55,000 Burundian refugees in Mahama camp have only been refugees since 2015, when the camp was built. 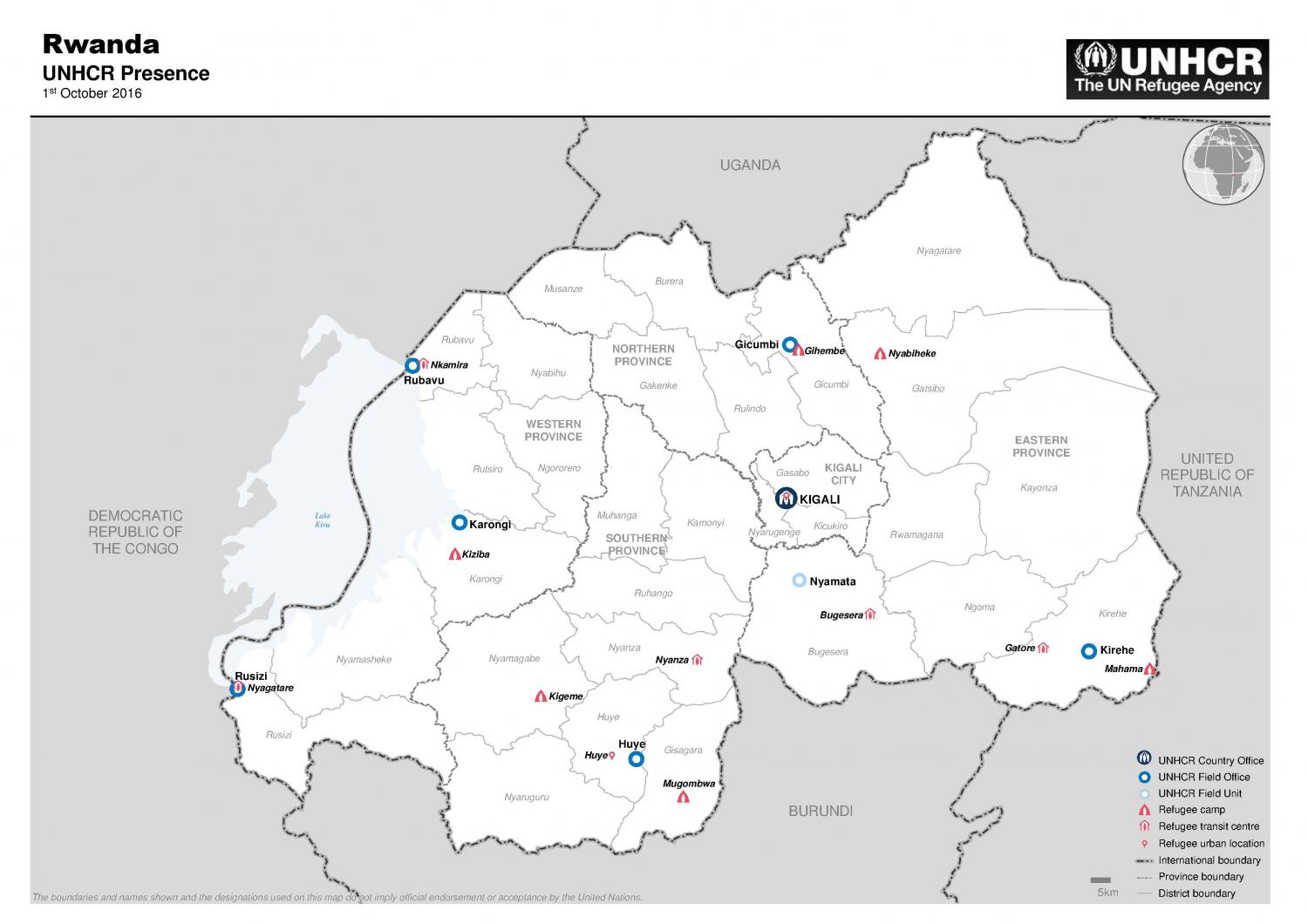 Each refugee living in a camp in Rwanda receives the equivalent of just under $8 per month from the United Nations Refugee Agency (UNHCR). These refugees have fled due to ethnic violence and civil war, leaving behind their belongings, homeland and in some cases family members.

To supplement their UNHCR stipends, refugees in Rwanda are permitted to work. Typically, they do so at existing microbusinesses within refugee camps, outside camps in host communities or for themselves by founding their own businesses.

“The intention is to connect refugees with the tools and skills necessary to enable them to become self-sufficient and independent entrepreneurs to improve their own livelihoods” says Jullienne Oyler, CEO of AEC.

In 2017, AEC contributed to creating more than 2,600 jobs in Rwanda both within camps and in urban centers. What is remarkable about this figure is that of the new jobs created by refugee entrepreneurs, approximately 900 went to other refugees, while 1,700 jobs went to Rwandans in host communites. AEC’s refugee entrepreneurs are demonstrating that they can have a positive and significant impact on the economic development of their host county. 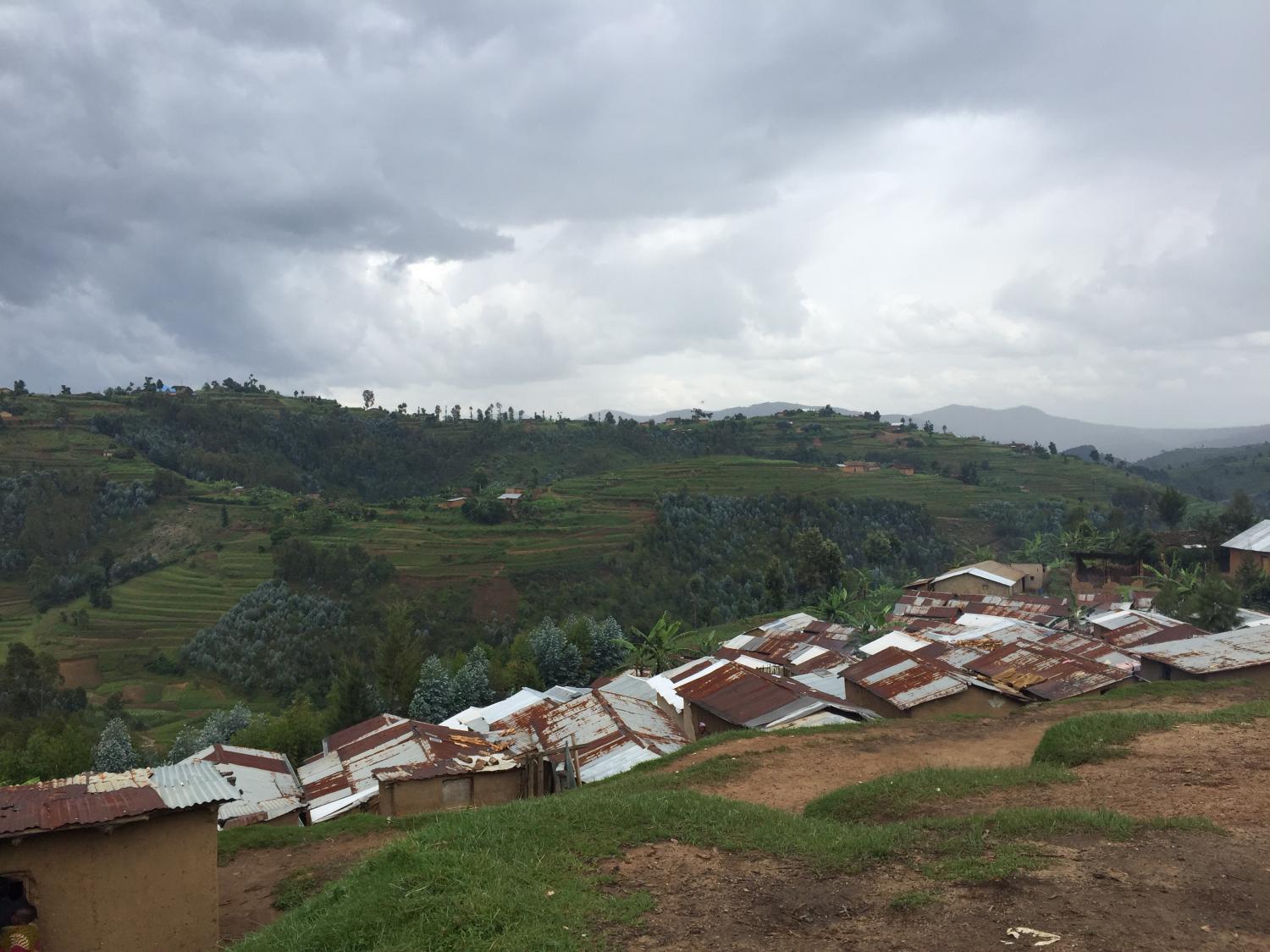 I recently travelled to Gihembe camp in Rwanda's northern province to visit 2 of AEC's clients. Gihembe is home to more than 12,000 Congolese refugees. The camp was created in 1997 to host survivors of the Mundende camp massacre, when armed groups crossed the border from the Democratic Republic of Congo and attacked the camp, murdering hundreds of refugees. Today, 99% of Gihembe camp's refugees are survivors of this massacre.

In 2014, Gihembe camp transitioned from receiving in-kind support (wherein community members received food stipends) to a cash-based assistance program. Many camps have followed suit, empowering refugees to make their own decisions with money and to assist in building the camp economy.

Arriving at the camp, I meet AEC client and entrepreneur, Rachel. Without hearing a word about Rachel's business, I can tell she is a serious entrepreneur. Within 2 minutes of entering her store, she answers 3 phone calls, serves 2 customers, sends her son to pick up some supplies and says jokingly, "I hope this is quick, as my other customers are waiting for me.”

Rachel arrived in the camp in 1997 following the massacre at Mundende camp. I regretfully ask with whom she arrived, and Rachel's eyes lower to the ground. "Just my siblings,” she says. “My parents were killed." Emery, AEC’s Relationship Manager, translates my apologies and I ask Rachel to tell me about her business. 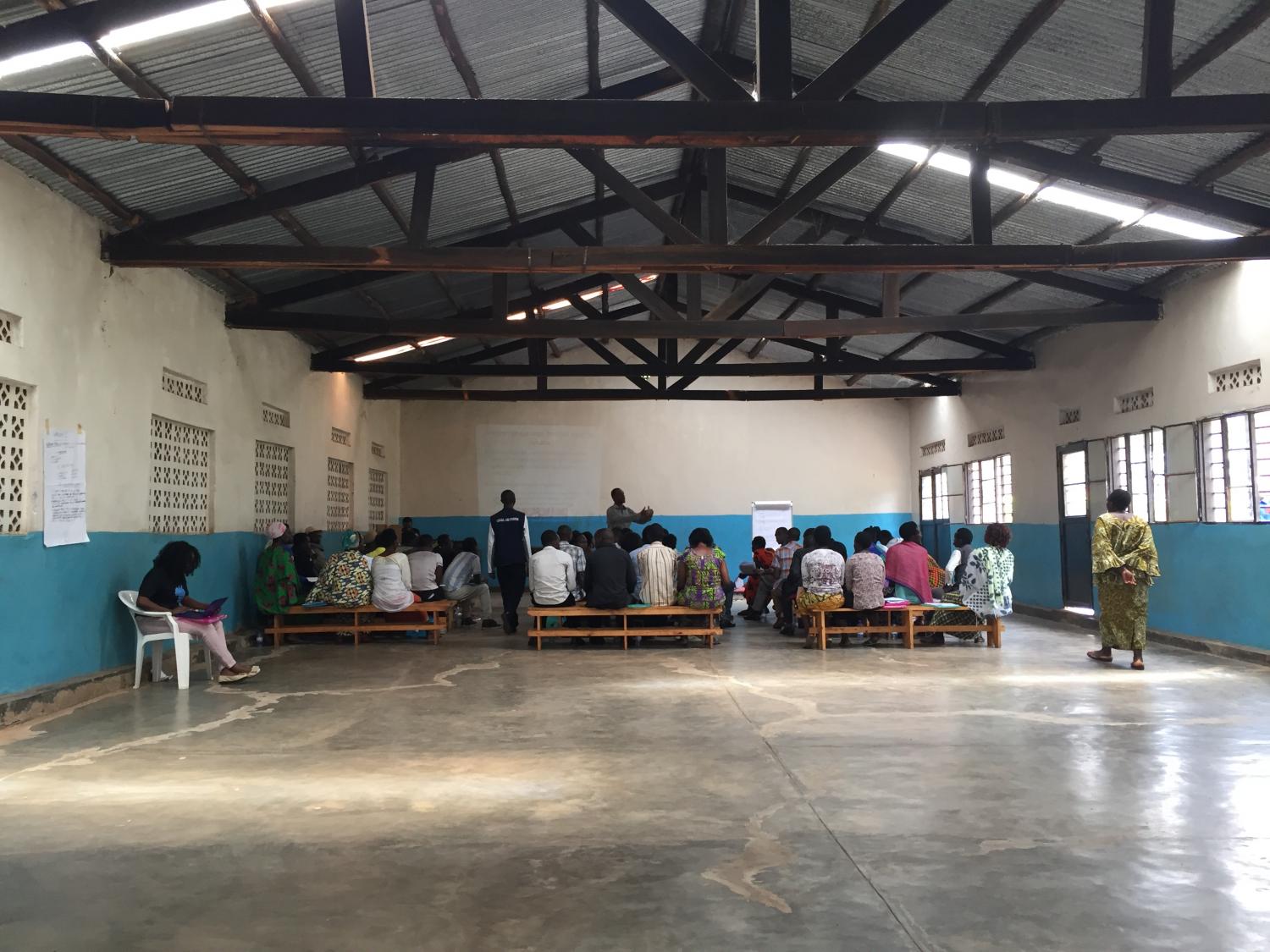 Rachel, a mother of 5, started a vegetable store outside the camp in its host community in 1999, selling predominantly Irish potatoes and green bananas. In 2017 Rachel went through the AEC accelerator, learning business best practices such as bookkeeping, cashflow and inventory management. Following the training, Rachel successfully applied for a loan equivalent to about $115, permitting her to buy vegetables in bulk. This reduced her costs and enabled her to better meet business demand.

After years of very little business growth, Rachel's first-ever loan empowered her to grow her business, so much so that she recently opened another store.

"With the loan, I have grown my business and have been able to open another store selling brochettes,” she says.

Bahati from Nyabiheke refugee camp in Rwanda’s northern province is another budding entrepreneur gaining serious traction thanks in part to AEC’s training and credit programs. Bahati runs a restaurant and catering business within Nyabiheke camp. Her business has been propelled in the past 2 years with assistance from Kiva lenders. Bahati now has 5 employees and has recently built a shed to store overstock produce. 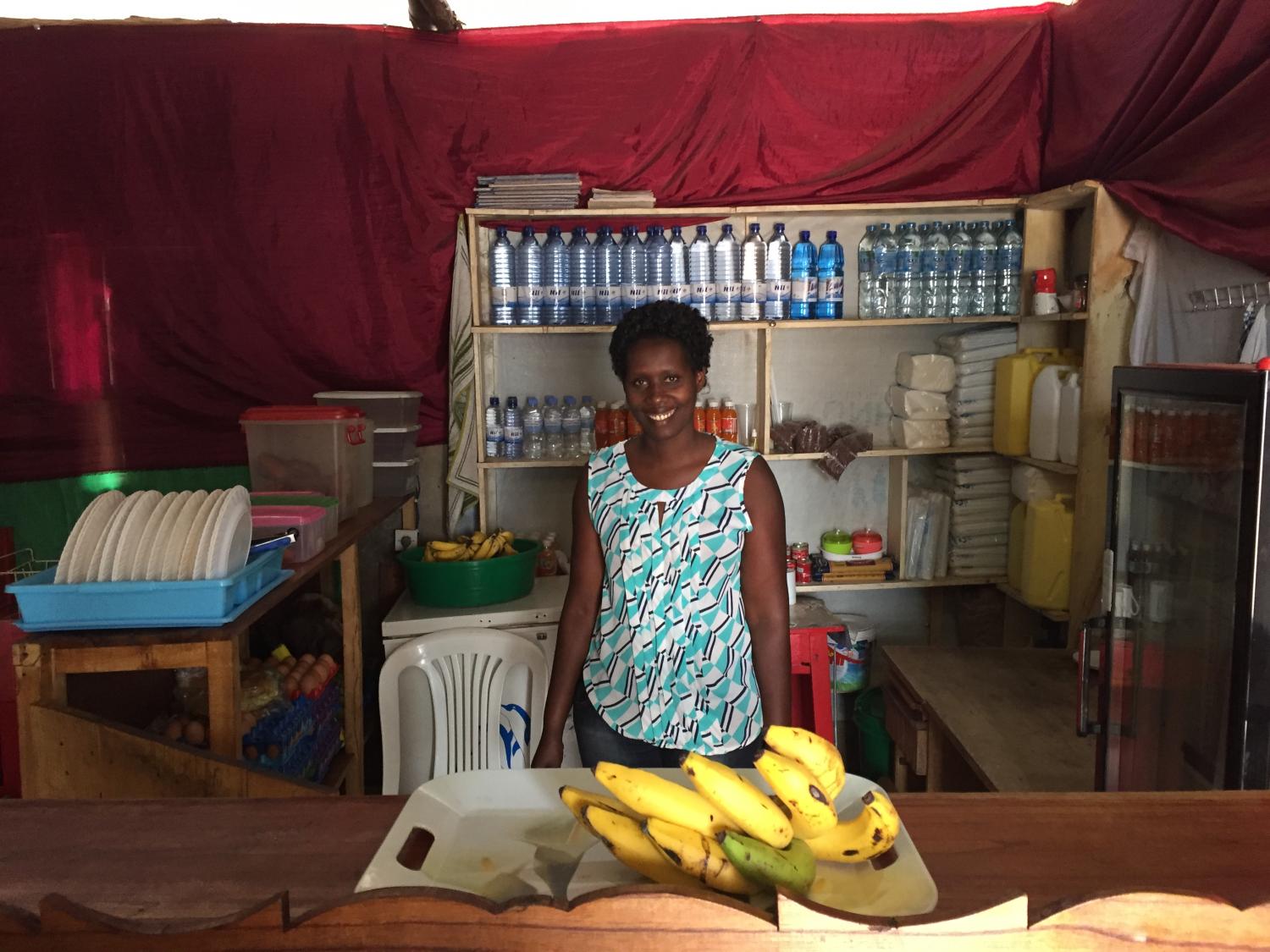 Bahati inside her store

Bahati explains that Kiva’s loans have enabled her to increase her stock levels, save costs by buying in bulk, increase liquidity enabling her to service partners on credit and travel less to Kigali, Rwanda’s capital, as she can now buy more inventory each trip, saving time and money on transport.

At the opposite end of the country following our visit to a third camp, Kigeme refugee camp, AEC Portfolio Manager, Claude, says: "It's just amazing the change you can see with your eyes, these businesses are just getting bigger and bigger.” It seemed his words were directed as much at himself as to me.

In Kigeme, Claude sees another client, and yells out. They both laugh and hug one another. The level of personal investment here is incredible. The AEC staff members know their clients so well, they trust each other and can see what an important and effective measure their training and credit programs are in fostering social and economic development within camps.

Kiva lenders around the world who have lent their money to AEC have enabled AEC to establish, manage and grow their important, and impactful, credit program with refugee and non-refugee entrepreneurs in Rwanda. To support more entrepreneurs such as Rachel and Bahati, visit here. 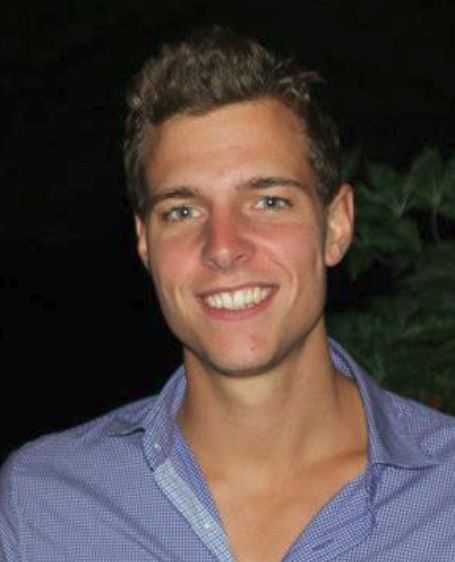 Hugh grew up on a sheep and cattle farm in rural Australia and now resides in Melbourne. Hugh received a Bachelor of Arts and Master of Business from Monash University and has worked across the development and social sector and, most recently, in management consulting. In consulting, he has worked across strategy, operations and project management for corporations, government and nonprofits. Hugh has a long-standing interest in market-based approaches to development and initiatives aimed at affecting social change. In pursuing this interest, Hugh has worked and volunteered in remote Indigenous communities in outback Australia, volunteered in microfinance in Tanzania, and founded an Australian nonprofit, Wheels in Motion, that aims to improve the quality of life for those living with spinal cord injuries.