Baku, Azerbaijan: A Phoenix Rising in the Land of Fire

Something big is happening here – and you don’t know anything about it.

As I explained in my last post, Azerbaijan has amassed great wealth due to its reserves of oil.  It is the third largest oil producing country out of the CIS nations and the government oil fund, Sofaz, currently sits on $33.9 billion.  After the breakup of the Soviet Union, Azerbaijan took on a staggering initiative of modernization in order to shed its Soviet past and remake its own Azeri identity.

The frontline of this metamorphosis is Baku, the government's capital and poster child.  It is worth reiterating that the story of Baku is not the story of all Azerbaijan.  But the transformation is equally important to understand.

Baku is the largest city in the Greater Caucasus region.  It was here that in 1846 that the world’s first oil well was drilled.  Today, soaring skyscrapers, iridescent and bewildering, rise over decades old geometric buildings in a city of over 2 million.  Within the first few hours of my arrival, I realized the transformation happening in this city would be too complex for me to properly understand, and everyone I have spoken to offers a different opinion.

Around the city center, the streets seem straight out of Milan or Paris.  In fact, the government ministers go on international "brainstorming" excursions to find inspiration for new construction products. 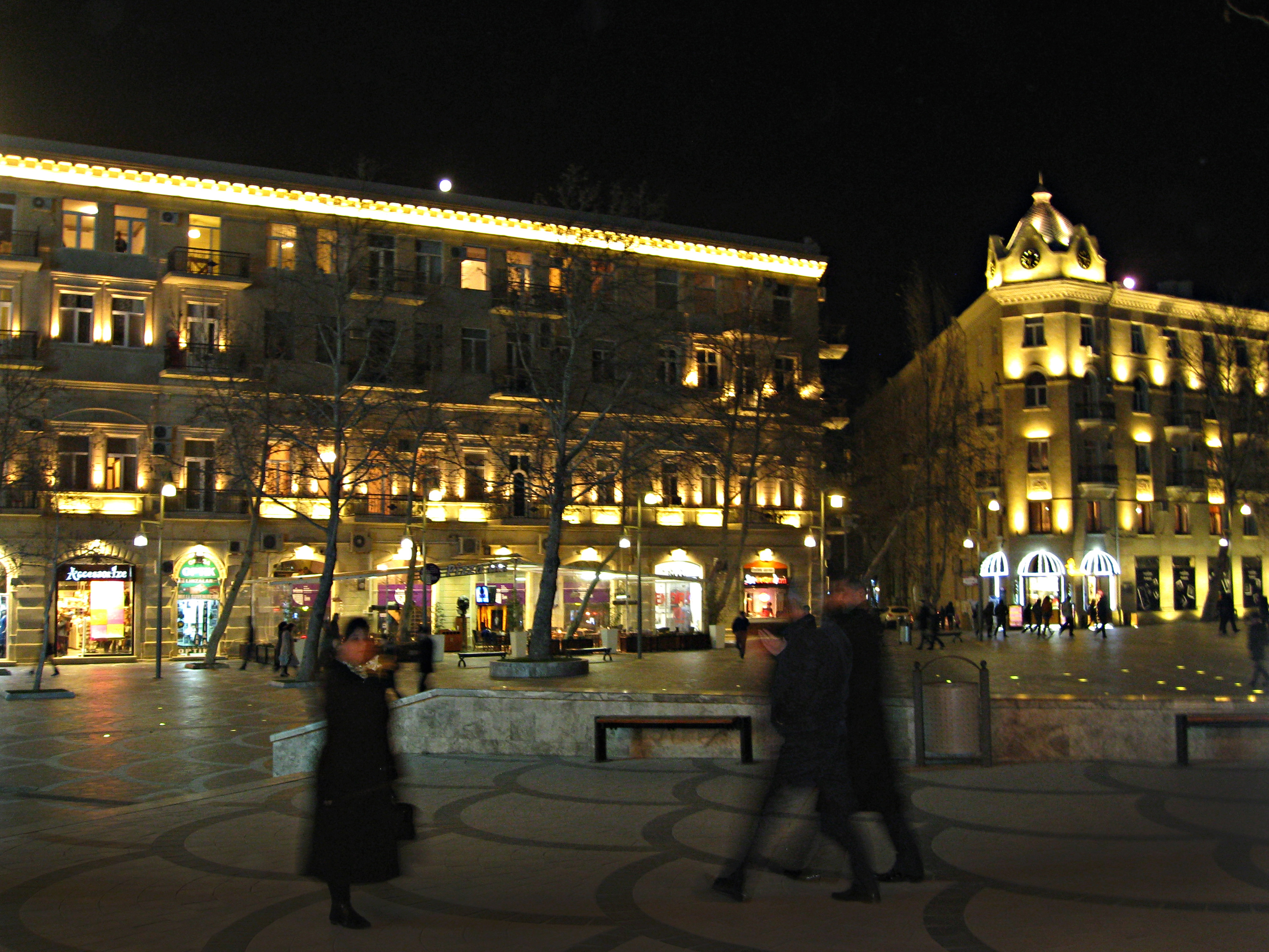 Luxury brands such as Versace, Armani, and D&G set up shop here, catering to a marginal nouveau riche who barely occupies the stores.  Here, a typical store sits empty, staff chatting to themselves inside. 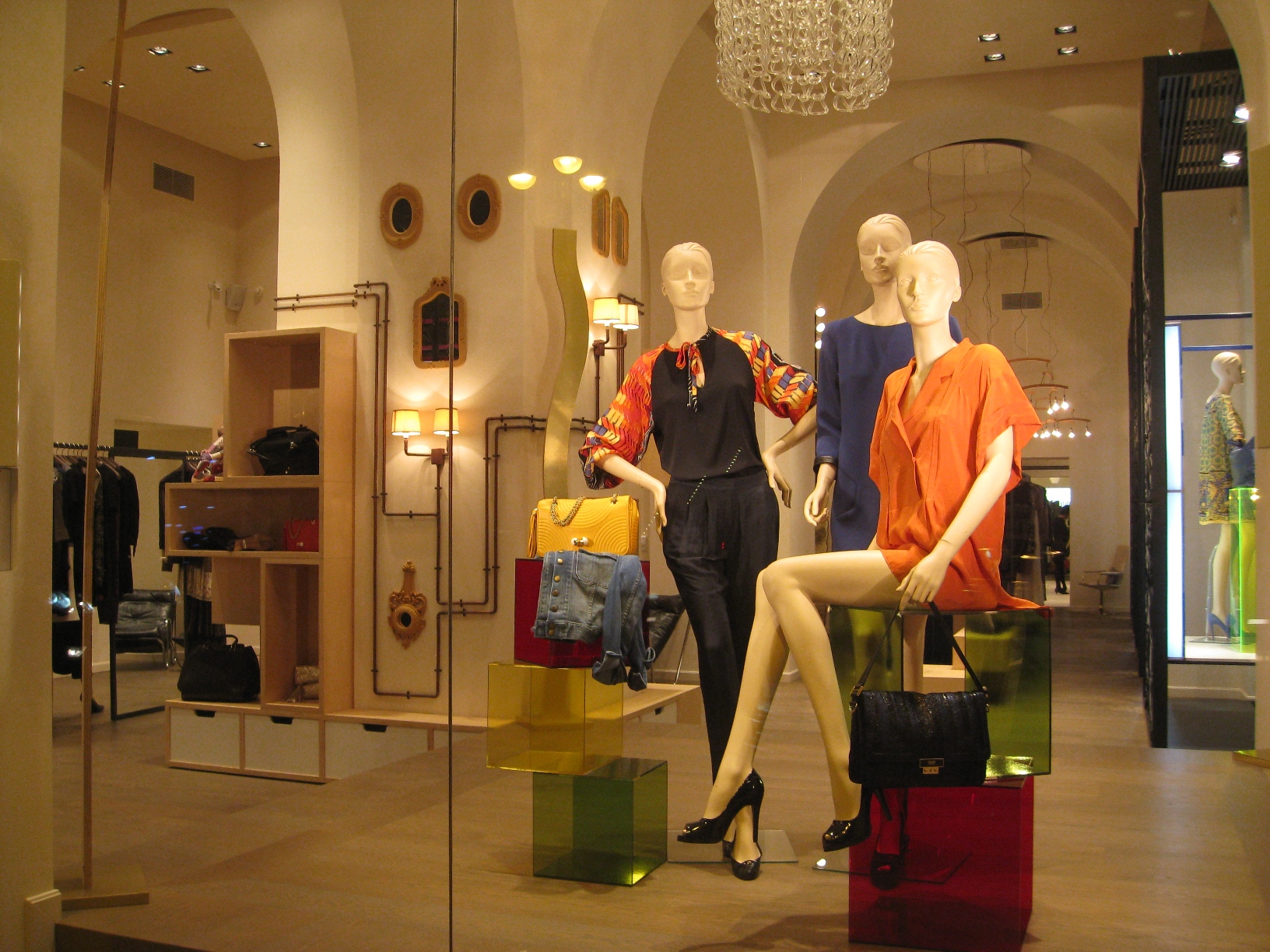 The most gaudy and controversial project (so far) has been the iconic Flame Towers, a tribute to Azerbaijan’s literal name as the “Land of Fire.”  A trifecta of curved glass, steel, and LED lighting, they are situated across from the Parliament building on Baku’s highest peak.  Literally, they can be seen from everywhere.

The project, set to have a hotel, condos, and business center, is hopelessly behind schedule.  The Fairmont Hotel has flown in and trained hundreds of staff in anticipation of opening.  Today, they idle around Baku on a full salary, but every day fear their jobs being scrapped. 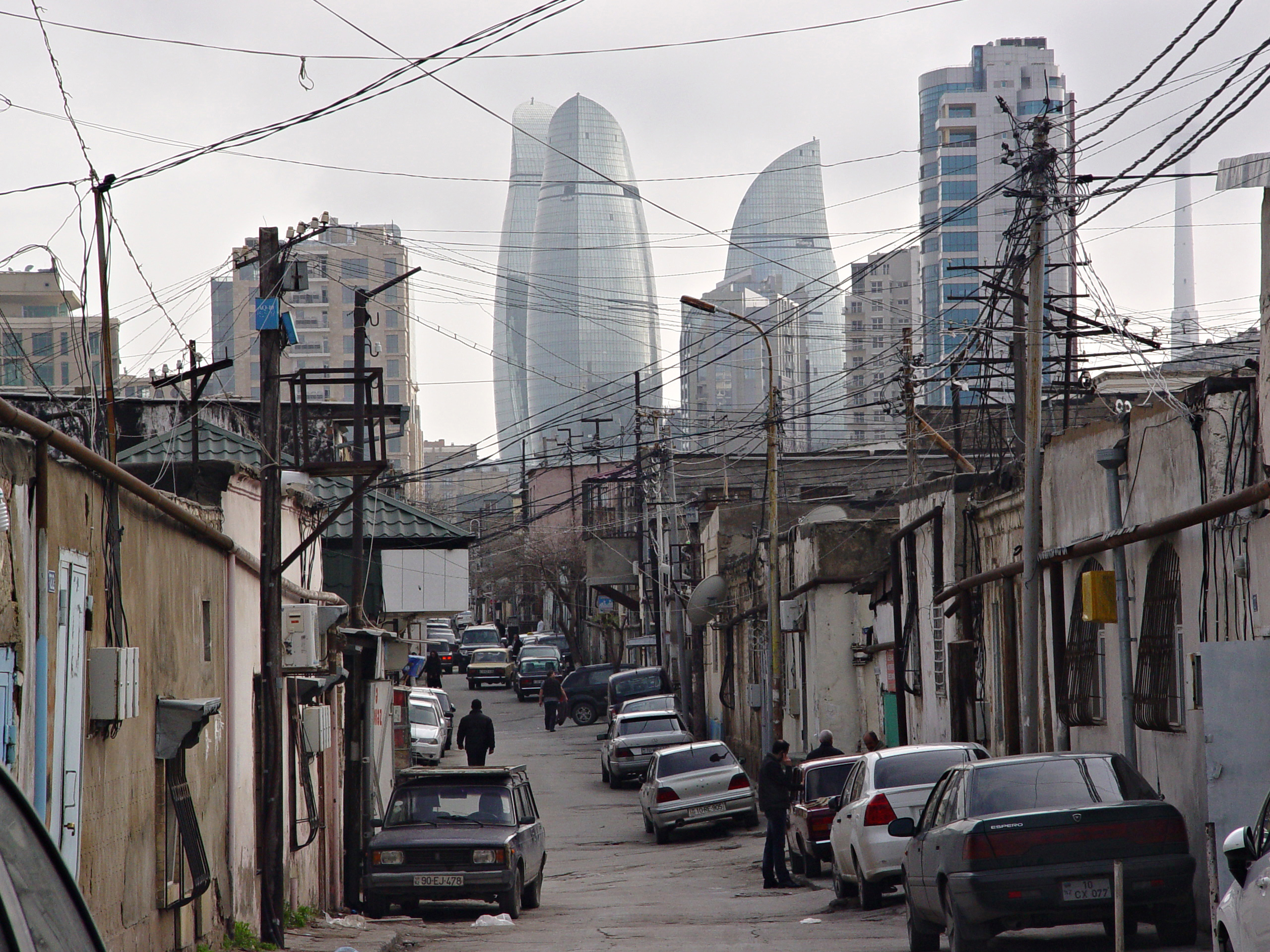 Equally troubled is the ultra-futuristic Heydar Aliyev Cultural Centre, designed by renowned architect Zaha Hadid, where a fire broke out one month after its soft opening.  Welding on the roof that failed to comply with fire regulations was the likely cause.  Today, the center still does not host events.

Regenerating from the Ashes

Over the next 15 years, the city is constructing over 30 new buildings each year.  It's all part of an ambitious vision to become a city of the future.  For this reason, Baku has been called the 'Dubai of the Caucasus'.

However, the analogy isn't exactly appropriate.  Whereas Dubai had the convenience of building on mostly empty desert land, Baku existed as a large Soviet city when it became independent.  Azerbaijan inherited a crumbling infrastructure and a population of over 1 million in 1991.  Over one third of Baku’s skyline is made up of boxy unappealing buildings, what Anthony Bourdain on No Reservations called a “sinister soviet social realist style.  Some of your most ugly ass architecture.” 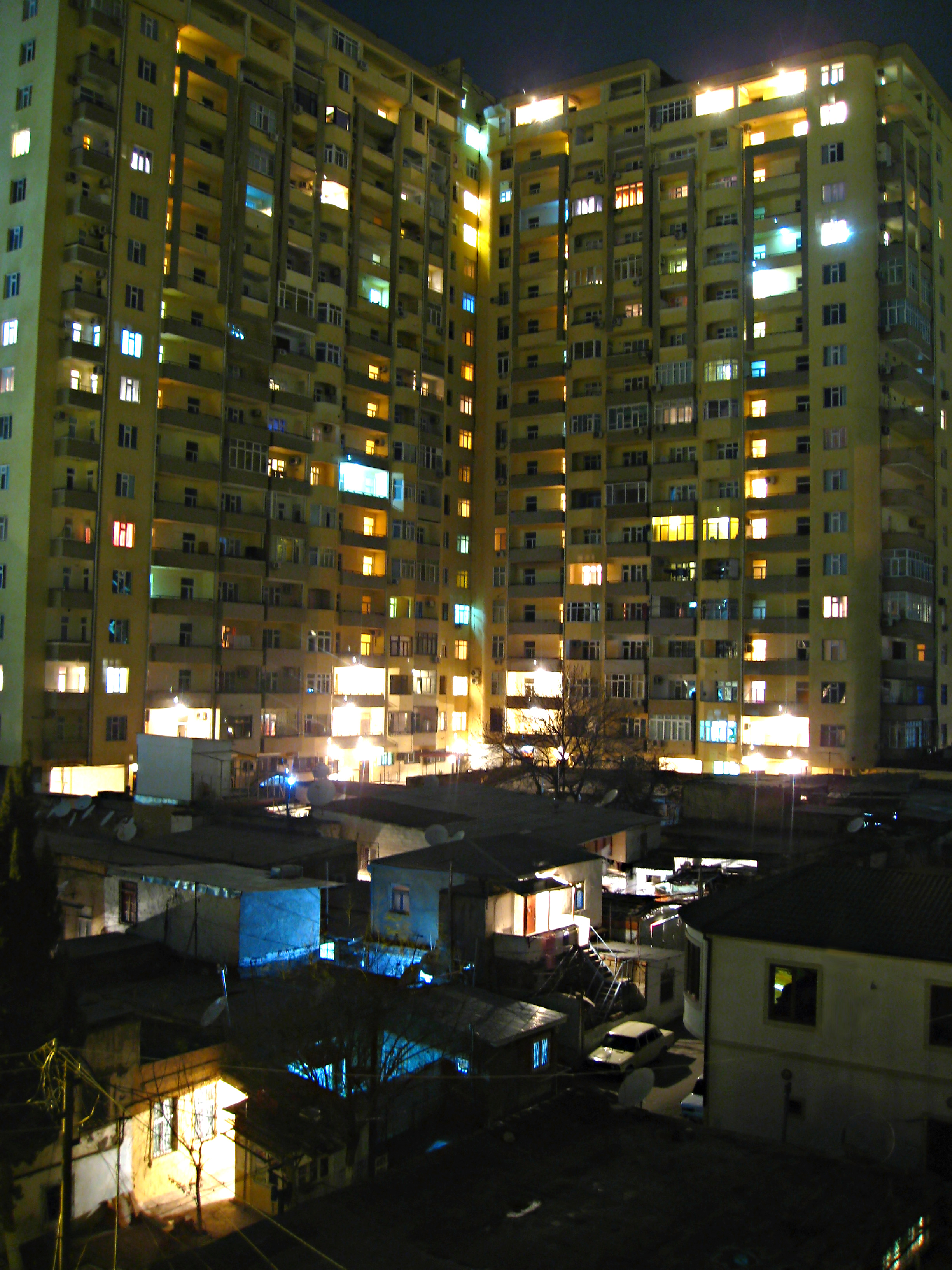 The story is the same in so many other CIS countries, such as Tajikistan and Kyrgyzstan, where Kiva also operates.  Azerbaijan, uniquely, has the luxury of a large pool of capital to invest in redesigning the city.

The multi-billion dollar question is: how do you rebuild an entire city?

For buildings which are still structurally sound, the answer: just cover them up!  Most of the beautifully lit up European-style facades are just a facelift on top of old concrete slab buildings.  Inside the remaining deteriorating cinder block highrises that have stood for decades are renovated apartments with hardwood floors, modern bathrooms, and flatscreen TVs.

Much too many, however, still live in the backstreets just off the modern avenues, areas that my landlord has reluctantly called “slums – not like the favelas, but slums nonetheless.”  Eventually, however, what isn’t beautiful must go.

The firestorm of change reshaping the city block by block has even more painful consequences. I encountered the tense situation first hand on my walk home from work at my partner MFI.  Along the way, I took a photo of this crumbling home just a block north of my apartment. 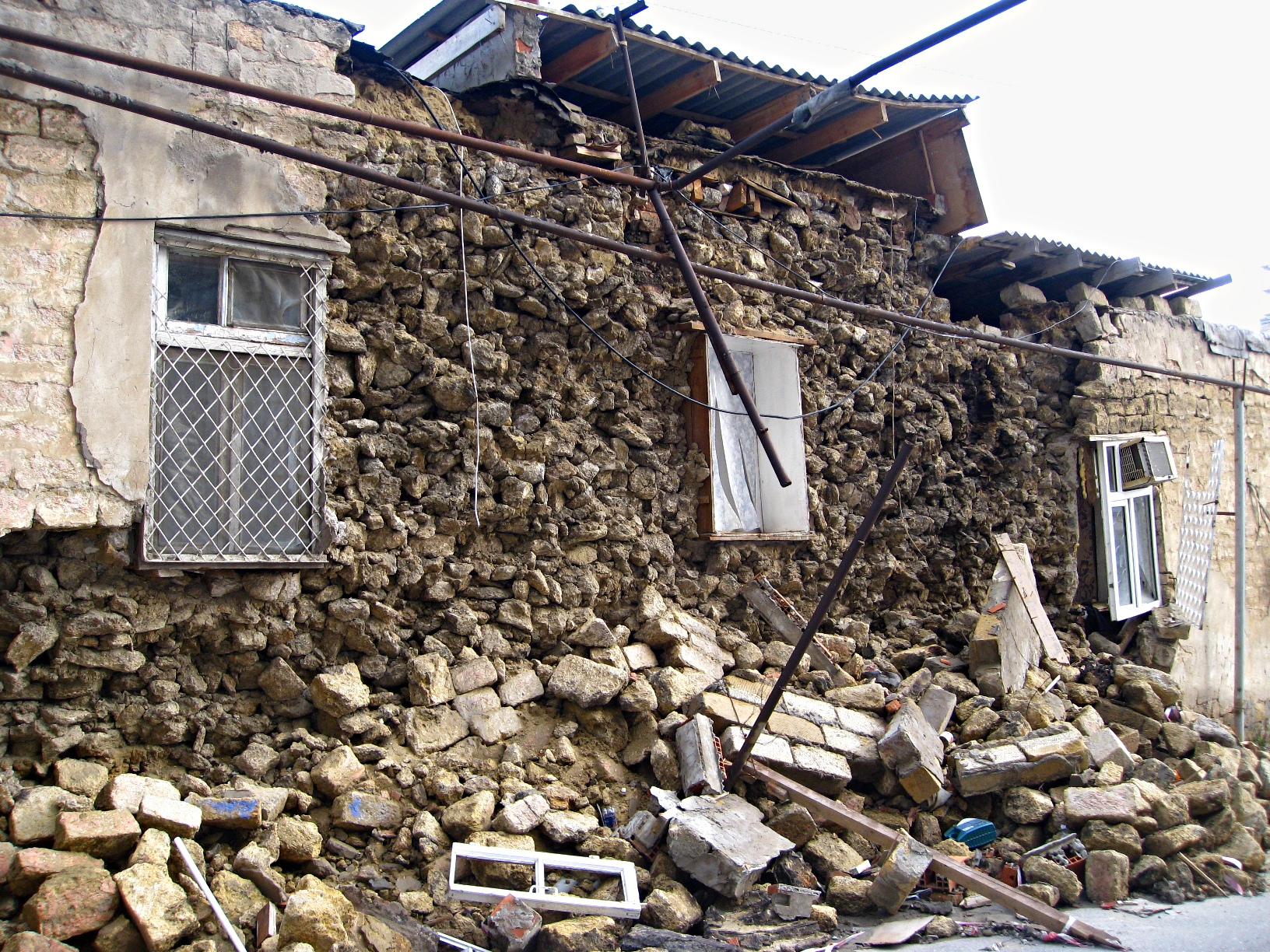 Suddenly, a voice behind me asked in Russian, "You're not from around here, are you?"  I turned around to find a man in his late 50s sitting on a bucket with a few crates of fruits under a metal lean-to.  Though he was just 5 feet behind me, his worn out clothes and dirty setup made me completely overlook him.

"No, I'm from America.  This is my first time in Azerbaijan."

Aggressively, he responded, "People live in that home.  There's a family in there. You don't believe me? You can knock!"

I was taken aback at how insistent he was on proving himself, and I talked him down from intruding.  He continued to explain how there are seven families in the adjacent buildings.  When they built the highrise apartment buildings around, they
tried to demolish all these homes and build a park.

"But these are people's households.  No one has a right to take that away.  No one!"

I politely nodded, asking some simple questions.  When I asked for his name, suddenly his demeanor became suspicious.

“Why?”
“Just wanted to make introductions.”
“No thank you.”

He quickly turned away from me and blankly stared up the road.  I realized our conversation was over and bid him goodbye.

It didn't take me long to comprehend what had happened: a stranger (me), dressed in business clothes and nice black coat, walks up a residential street and starts taking photos of a crumbling house.  He asks about the buildings, the construction, and then starts asking for personal details.

In this city, men in ties don't help the poor - they cheat them.  For the vast amount of have-nots who are being bought out, walled out, or - worst of all - forced out to make room for the haves, they can never put down their defenses.  Questionable police raids and a corrupt judicial system provide no respite for thousands being displaced, often times leaving protests the only course of action. 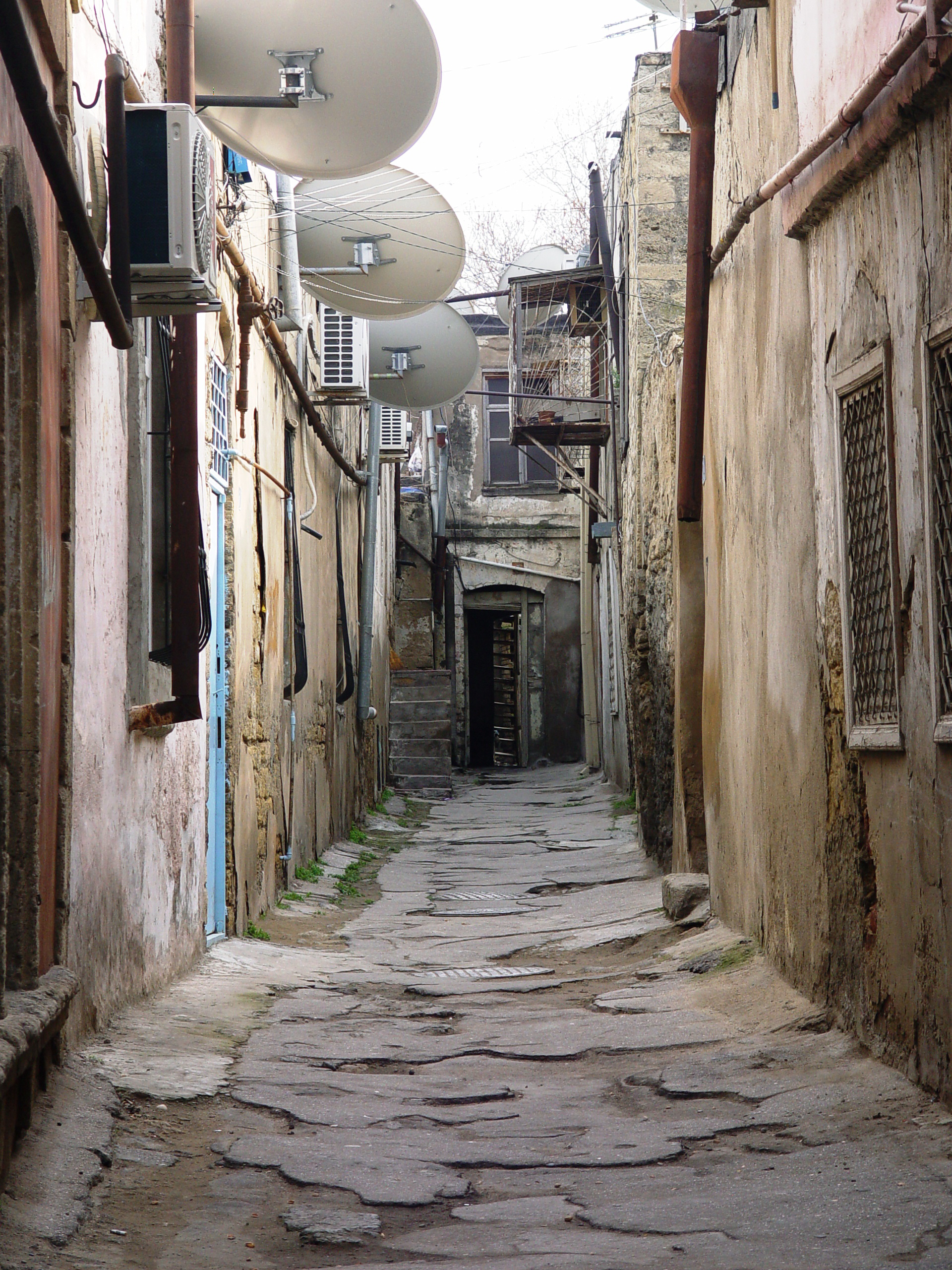 This inhabitant stalemate, combined with a corrupt government, has led to most of Baku still plagued with a terrible infrastructure.  Side streets are riddled with potholes, inadequate traffic signals cause driving chaos, and inefficient public transport leads to price gauging by taxi drivers. The situation is so bad, the World Bank ranks Azerbaijan 177th out of 185 in "Dealing With Construction Permits"  on its Doing Business list.

From Black To White

Five miles east of the city center along the Caspian Sea is a suburb known as the Black City.  Founded in the late 19th century, it is an industrial zone which at one point refined, stored and transported half of the world’s oil.  The area, larger than the country of Monaco, is now a major project to transform the area into “Baku White City.”  Quoting the country’s first president, Heydar Aliyev:


“The Black City throughout centuries will turn White, clean, there will be grown flowers, and it will come to be a beautiful sight of Azerbaijan...”

Azerbaijan is scrambling to attract major foreign investment to the site for new shops, parks, and over 50,000 residents. 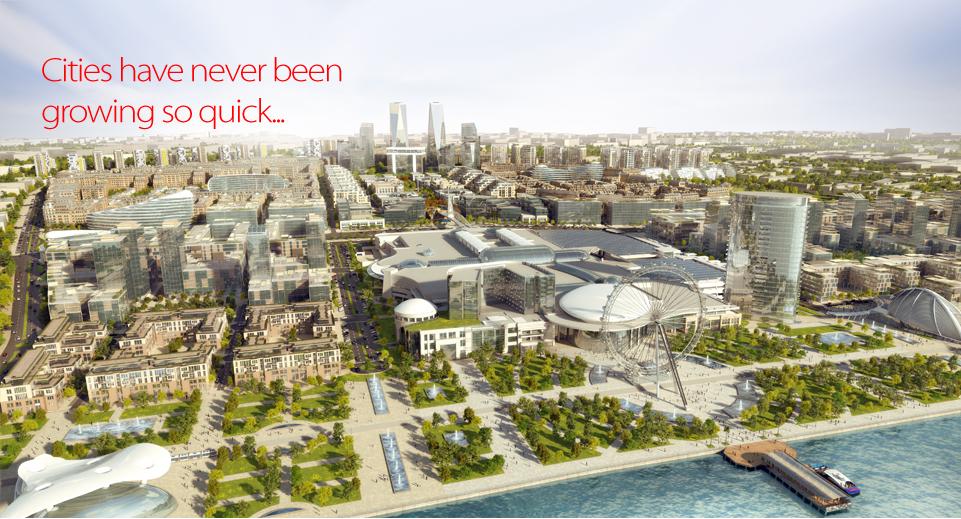 While transforming a century-old industrial wasteland into a waterfront community may be sensible, another project sixteen miles south of Baku is anything but.  The Khazar Islands is a $100 billion plan to create artificial islands complete with the world’s tallest building in an earthquake prone zone.  Everyone I’ve talked to is skeptical construction will continue much longer.

For every new idea, mediocrity is not an option.  However, the fact that these two projects for the future Baku have broken ground so remotely from the present Baku portends a potential redirection of investment from the areas that need it most.

Everyone, it seems, sees the change in their own way – from pride to disgust to incredulity.  Political discourse, after all, is the national pastime.  As one local told me, "If you're a good person, everything is good here.  If you're a bad person, you hate everything."

Regardless, I haven’t told you the most important fact; the one which explains all of this mad construction and ambition.

For Azerbaijan, time is running out.

Oil production, the life blood of this nation, has stagnated; in fact, 2012 saw a decrease.  Azerbaijan is in a moment of desperation to diversify its economy in time for when the black gold stops pouring in – by one World Bank estimate in the next 10 years.  (In my next post, I will delve into this further).

I will leave you with this to consider: development in Baku will and must happen; otherwise, the city will fall into disrepair.  Azerbaijan's current revenue stream has a quickly approaching deadline.  Given the resources currently at their disposal, how does a government efficiently and civilly transform a city, which is the centerpiece but only one part of a larger developing country, into a metropolis for the future economy of the Azeris? 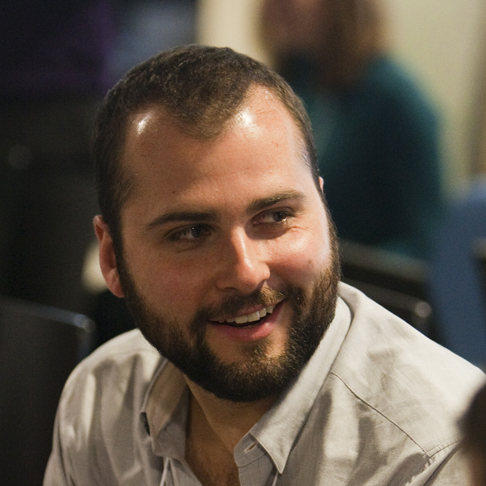 Dimitri was born in Moscow, Russia, and moved to the United States in 1991. He grew up in Princeton, NJ, and graduated NYU's Stern School of Business with a degree in finance and international business, spending a semester at Bocconi University in Milan. After graduation, he worked as a Sales Associate for S&P Capital IQ, a financial technology company, in New York City for 3 and a half years. He has also served as the Director of Fundraising and Administration for the Shanti Bhavan Children's Project, based in Bangalore, India, which he has visited twice. Dimitri enjoys discovering the world, having traveled to South America, Europe, Africa, and Asia. He is also an avid skier, and is looking forward to exploring the Caucasus during his fellowship in Azerbaijan with hopes of carving a few runs during his time there.