A new way of thinking: Carbon as currency?

This post was authored by Michelle Kreger, Kiva's Senior Director of Strategic Initiatives.

During a recent trip to Kenya, my colleague and I had the chance to connect with the director of Dispensers for Safe Water at Evidence Action, a deeply data-driven project looking at water purification adoption behaviors in rural Kenya. What started as a group of researchers seeking to understand the best way to encourage people to drink safe water, has now developed into an impressive non-profit scaling a proven solution to the problem of waterborne diseases.

Contaminated water can cause illnesses like diarrhea and cholera that are a leading cause of death among children under five in Kenya. Researchers wanted to figure out how to lessen the burden of these waterborne diseases, but they also knew that they would face challenges with adoption: the mere availability of chlorine, filters, or other water purification technologies doesn’t necessarily mean that people will use them.

After several years of studying the behavior of communities in western Kenya, they found that people were most likely to treat their water when they have access to free chlorine at a communal water source. After filling up their jerry can (a very common water transport container), people can administer a pre-measured amount of chlorine from a permanent chlorine dispenser that Evidence Action installs at the water source. The research found that less than 1 in 6 households chlorinated their water without dispenser access, but more than half of households treated their water once dispensers were made available. Equipped with rigorous research results, the group continued to build and improve on the operational model until they were ready to spin off to a new organization – Evidence Action – and bring the program to scale. Evidence Action is planning to provide access to safe water for over 25 million people in East Africa over the next five years. 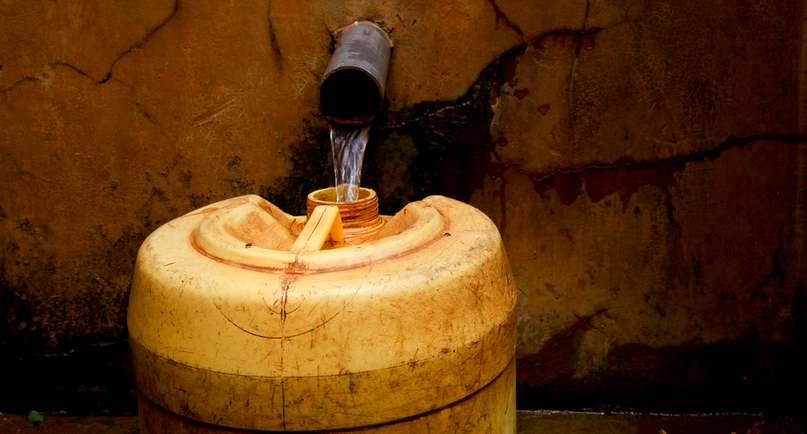 After hearing Evidence Action’s story, we were immediately intrigued. And, as finance people, we wanted to know all about how they planned to fund it. To date the program had been funded by grants, but those grants were not guaranteed over the long-term. Because Evidence Action’s goal was to establish a sustainably financed service delivery model, they set up a voluntary carbon project so that they could generate and sell carbon credits from the program.

We wondered: what do carbon credits have to do with water purification? And, if they were actually related, how could a water treatment program be scaled using a financially sustainable carbon credit program?

Thus we started our carbon credits education, learning all about how water treatment and greenhouse gases actually can be related. The idea is this: if people have access to low-carbon technologies like chlorine for treating drinking water, then they are less likely to burn wood and other biomass to boil and purify it. The chlorine dispensers therefore avert fossil fuel emissions, which can be quantified, verified, and sold as carbon credits.

Not having had much exposure to this space, we were intrigued but also skeptical. When we returned to San Francisco, the team and I started looking into the project in more detail. If we could get comfortable with the potential of an actual revenue stream coming from the carbon markets for this project, then perhaps we could actually fund the installation of the chlorine dispensers as in-kind loans to communities in Kenya, which are repaid by the revenues associated with their usage. Cool. But also a little crazy. I remember my Kenyan colleague who joined me in that early meeting laughing out loud at the idea - “So, Michelle,”  he bellowed in his typically jolly voice, “you want to convince Kiva lenders to make a loan and they get repaid with carbon revenue?” he asked. “Well, why not?,” I mused. Maybe it could work.

So, we dug into the carbon market. Here are some of the highlights about how things work:

Carbon credits:
A carbon credit represents one ton of carbon dioxide or equivalent greenhouse gases removed from, or not emitted into, the atmosphere.

Carbon markets:
Carbon markets are designed to lower global greenhouse gas emissions through market-based mechanisms, whereby emissions are capped and then markets are used to allocate the emissions amongst buyers and sellers. The carbon market is split into two parallel streams: the compliance market and the voluntary market. The process of registering and selling carbon credits is similar across the two markets, but the buyers differ.

Compliance market:
Through the compliance market, countries with greenhouse gas reduction targets purchase carbon credits from offset projects in developing countries, provided that those projects also contribute to sustainable development priorities in the host country. This is called the Clean Development Mechanism (CDM).

Carbon market volatility:
Evidence Action and Kiva are aware of the volatility and future uncertainty of the carbon markets. The markets weakened considerably in the second half of 2008 under the global financial crisis. Fortunately, the low cost of the dispensers program means that it is possible for Evidence Action to cover the ongoing costs of chlorine and also repay Kiva lenders, even at low carbon prices.

(1) Reducing: Burning firewood to boil water emits greenhouse gases into the atmosphere, but chlorination via dispensers allows people to drink safe water without having to boil it. Using dispensers therefore reduces the amount of water boiled and the volume of emissions released into the atmosphere.

So, after some research we were intrigued by not only the idea not just of seeing if we could potentially support the water purification project, but more broadly if credit could be used as a bridge to revenue from carbon offsetting. We looked into it, but could not find any examples of individuals being able to lend money to support the upfront costs of a project that would generate carbon revenue. The opportunity to test out this innovative new model and provide access to safe water for over half a million people led us to decide to give it a try.

So, we are welcoming Evidence Action as a new Kiva partner, and a new type of loan repayments.  As a Kiva lender, you should know that these loans are inherently very risky.  We don’t know how well we can predict repayment, but Evidence Action has done a lot of work to model this out, as well as to engage third party carbon developers, auditors, and sellers to maximize the likelihood of success. Overall, we are confident that at the very least the loan funds raised on Kiva for these communities will be put to extremely good use - installing chlorine dispensers that have been rigorously evaluated and that will provide access to safe water for 636,000 people and save over 700 lives.

We also know that while we cannot be 100% certain about default risk for this project, we want to give it a shot as Kiva can - for some lenders - strike a fine balance between investment and philanthropy.  Whether these loans end up being repaid in full or not, if you as Kiva lenders choose to participate, at the very least you will have been part of a grand experiment to make water safe to drink, to save lives, to support the scale-up of a proven intervention, and to test the idea that debt funding can be tied to carbon revenue. So make a loan today!

CLICK HERE TO MAKE A LOAN THROUGH EVIDENCE ACTION. 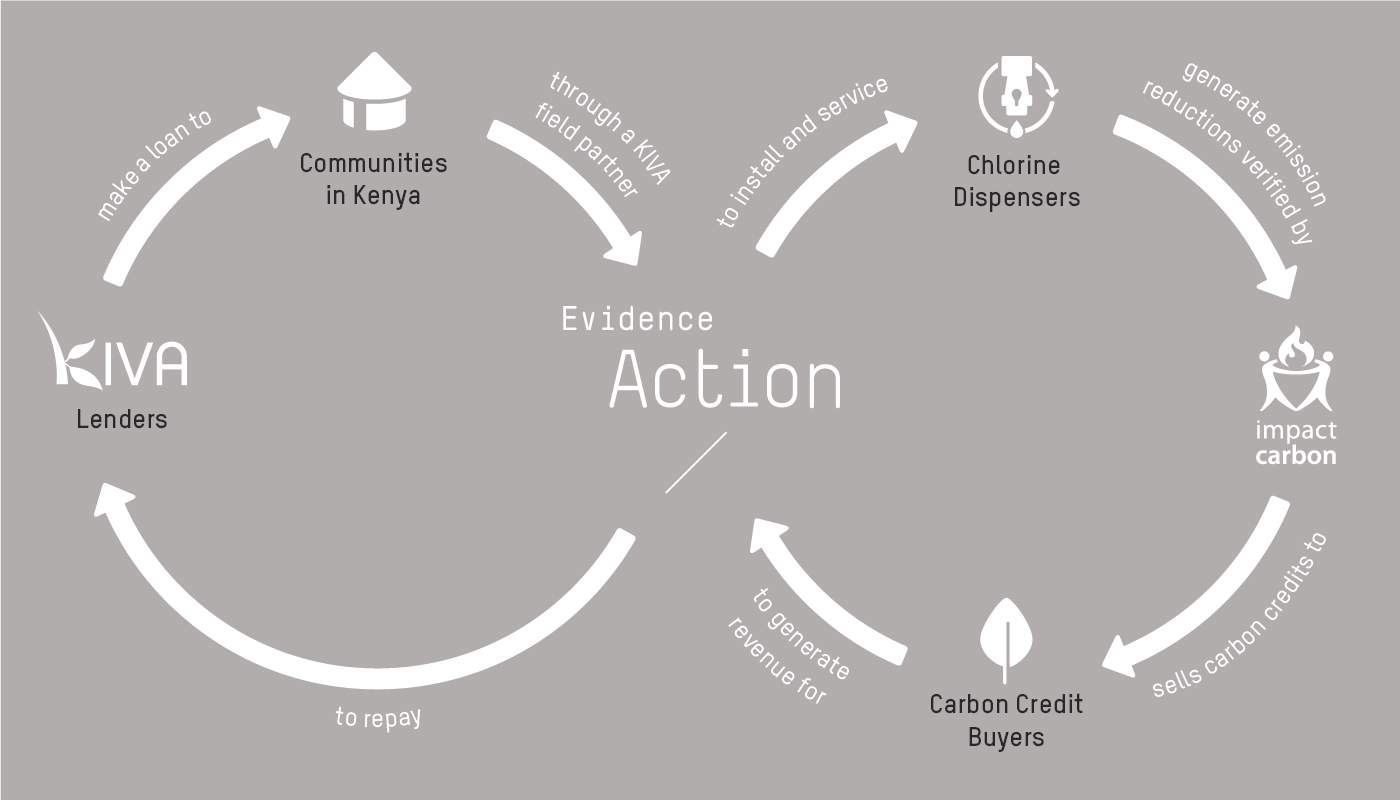 If you want to learn more about the carbon markets, check out the Gold Standard FAQ.

Have questions? Send them our way at blog@kiva.org. 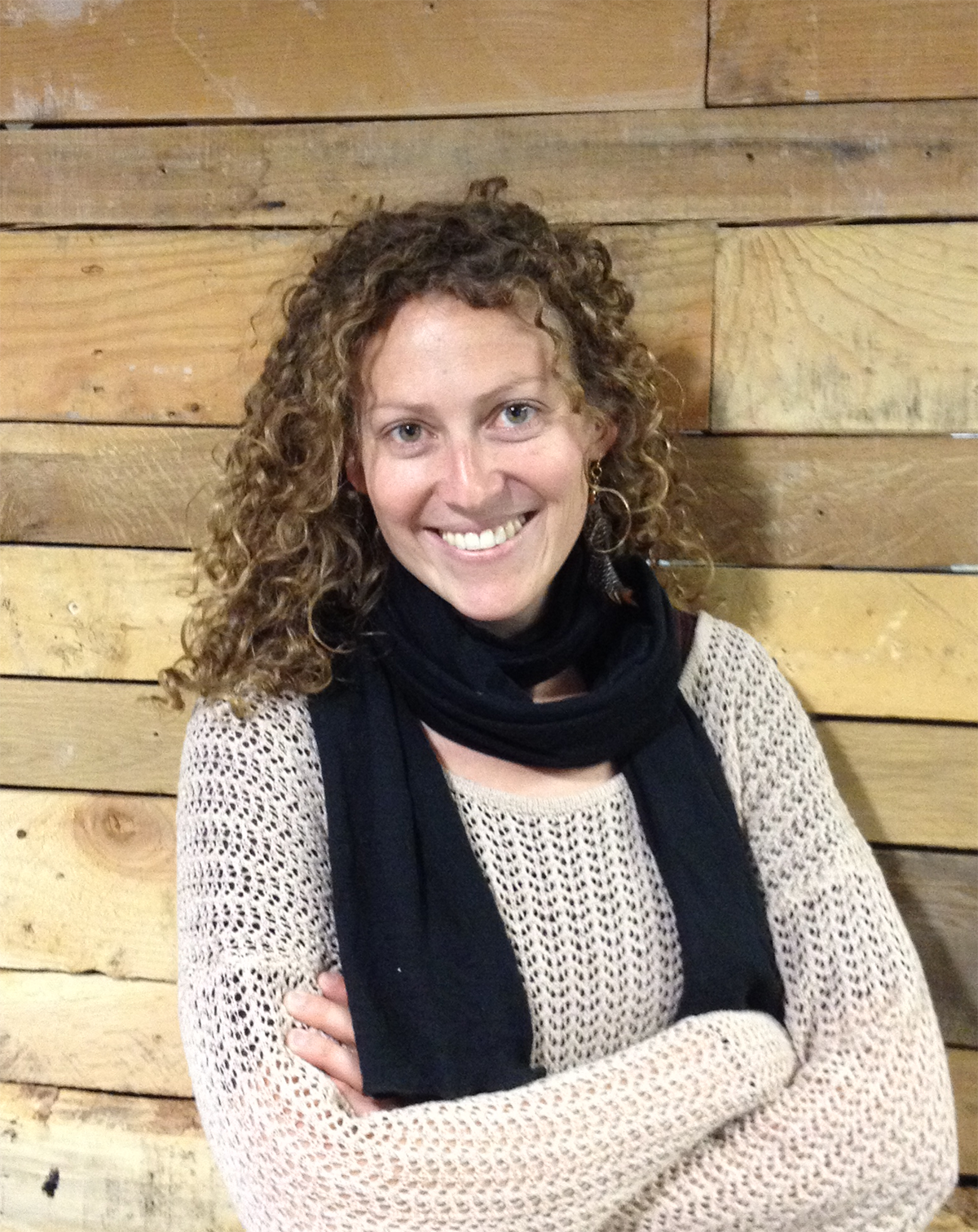 Michelle is responsible for overseeing Kiva's expansion into new impact areas including clean energy, water and sanitation, innovative agriculture and higher education.  As Kiva matures, these areas are increasingly relevant to Kiva's work as we focus on expanding our impact to include environmental sustainability and equal access to opportunity in addition to financial inclusion.  Michelle began her career at Kiva in 2006 on the investments team, spending three years building Kiva's work in North, Central and South America.   After that, she shifted her focus to West Africa and the Middle East, where she spent a few additional years building solid partnerships and an all-star regional team.  In late 2011, she moved into her current role as the Director of Strategic Initiatives.  Prior to joining Kiva, Michelle founded a non-profit organization in Costa Rica, NatureKids, which is focused on English literacy and environmental sustainability in burgeoning tourist hubs.  She also worked at various organizations dedicated to financial inclusion, including ACCION International.  Michelle graduated magna cum laude from Boston University with a degree in International Relations and a minor in Economics.