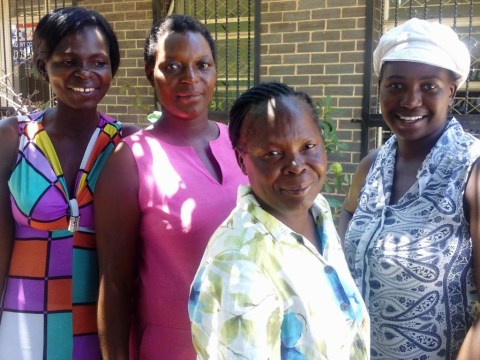 A loan helped to buy a sandwich maker and provide cold meats to her catering clients.

During good times just after Zimbabwe attained independence around the 1980’s, most workplaces were providing food for all their employees. However time always brings change, and in this instance, time brought a turnaround since companies started to downscale employees benefits until it hit the food provisions including lunch and breakfast.

This evolution created an opportunity for other people to provide food and among those providers was Agnes. It was survival of the fittest since the competition was stiff. Food provision being different from other business, the success of the business venture depends on the quality of food provided. Agnes has a good food and nutrition background and that became her tool for survival in the business for a long period.

She started providing sliced bread to employees during tea breaks with various spreads including margarine, peanut butter, and jam. She extended her business to confectionaries to cater for other customers who require light snacks during breaks. Her main challenge is that other employees, especially in the white collar jobs, require good stuff like sandwiches with bologna, ham and cheese, which are a bit expensive to procure, though profitable, and this is what prompted her to approach Thrive.

Agnes is 46 years old and is a mother of five children. She managed to assist her husband with meeting household expenses. He is into tailoring. She is part of the Troy group, and they are applying for a combined loan of $1,250 and Agnes wants to use her portion to buy a sandwich maker and provide cold meats.