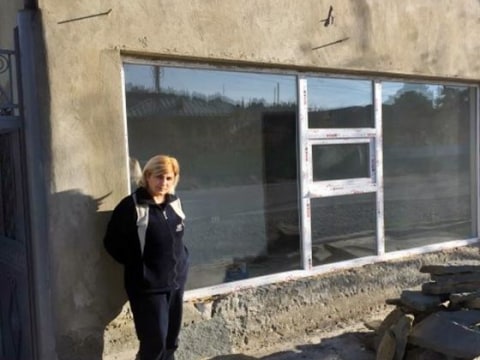 Khatuna's loan finished fundraising, but these other borrowers need your support

A loan helped to renovate the store and open her own bakery.

Khatuna, 43 year-old married woman, is from village Misaktsieli. She has 6 members family and only her son is employed. The existing income is not enough for them and Khatuna can’t find the job, she decided to start her own business. All the financial institutions rejected her loan requests because of her unstable financial conditions and lack of experience.

After several unsuccessful attempts, Khatuna applied for the credit to MFO Credo. Her request was approved in the framework of Start Up program, which is joint initiative with Kiva, permitting the rural poor to start or re-start businesses.

With the received amount of 3000 GEL Khatuna plans to renovate the store and open a bakery locally. She will work herself and will bake various kind of food products. Khatuna will get her own loyal costumers and generate her own income.
This will give her a chance to earn income and become financially independent. With the Start Up program, Khatuna will be able to make savings and provide a better future for her family.