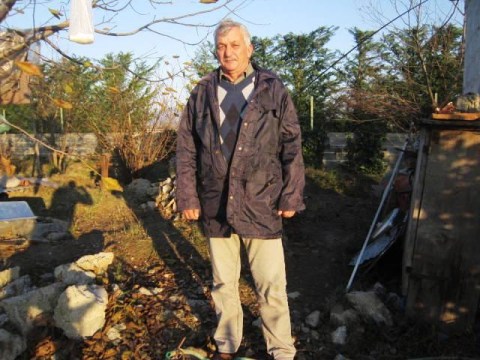 A loan helped to build a fence around the 4 dynym agricultural land that he has planted it with fodder and orchards and grapeviens.

Bajram is a villager in his late 50's and a married father of two with one of the sons being born with late development and also with his wife who is not healthy and receives some monthly disability income of $141, according to Bajram. In the four dynym that his family owns and that he takes care of it 100%, he plants it mostly with fodder for the dairy cow and a calf they have and also some seasonal veggies and orchards that they use them for their family consumption. They only sell a calf a year for roughly $450. Another income for the family is the disability income for the disabled son of $61/month and a little pay of the other son who works in a nearby gas station as much as $104/month.

The loan that Bajram is requesting from you will be used to build a fence around the four dynym agricultural land.