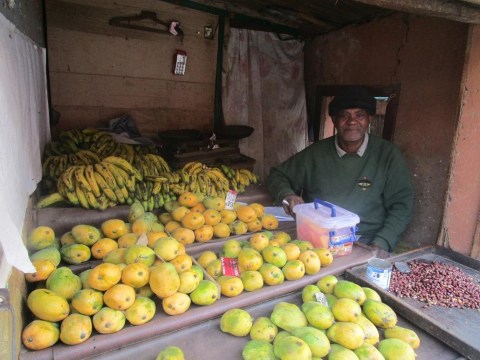 A loan helped to buy fruits, such as mangoes, papaya, pineapple, strawberries, and melons.

Ramanambahoaka is 62 years old and married. His wife supports him in his work. The couple has brought seven children into the world. One of the children, who is 21 years old and doing the baccalaureate, still lives with them, while the other six are already married.

Ramanambahoaka has been selling fruits since 1999. Before he was working as a gardner, but because of the salary, he decided to quit. He started selling fruits on a small table. Previous loans allowed him to progressively expand his business. Now, he runs a small kiosk.

Despite his age, Ramanambahoaka is still in good health to run his business, including procuring and transporting stock.