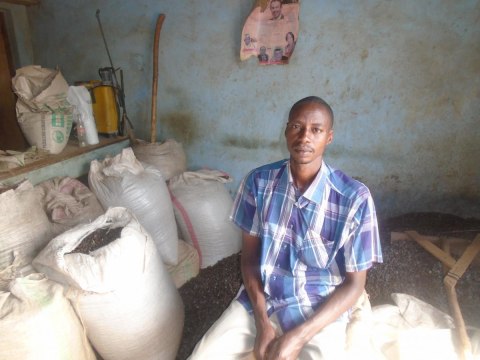 Richard's loan finished fundraising, but these other borrowers need your support

A loan helped to buy more coffee, maize and beans to sell.

Richard is a 37-year-old hardworking married man living in Kamwenge, Uganda. He used his previous loan to buy produce, such as maize and beans, to sell. He still carries out produce where he primarily sells maize, coffee and beans as the main basis of earning a living. With the profits, he has been able to develop himself and look after his family.

Apart from that, he also earns more money to support his family from coffee and banana farming. He has been dealing in the business since 2008 and has a vision of expanding it into a big one. However, he faces a challenge, like other business people, of bad weather, like heavy rains.

With the requested loan, Richard intends to buy more coffee, maize and beans to sell.