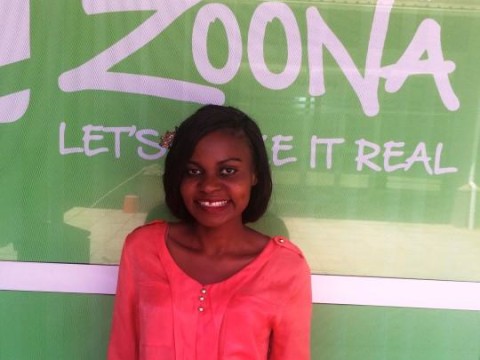 A loan helped to procure a branded trolley and an internet-enabled phone as well as the funds needed to make the actual transactions so that she can start running her own business.

Esther is a young woman who resides in a town called Blantyre in Malawi. Blantyre is known as the economic capital of Malawi. This makes it an ideal location for an emerging entrepreneur. Esther is looking to start running her own business in Blantyre, making sending and receiving of money much easier and safer for locals.

Esther grew up in a typically middle class family and had a good life until her father lost his job when she was in high school. Since then, her life has been riddled with challenges and financial constraints. Esther would like to start her own business because she would like to ease the heavy load of her parents and become financially secure in her own right. Currently, the economy in Malawi makes it difficult for young people to find gainful employment. This makes it difficult for Esther to support herself. She believes that becoming a Zoona agent and running her own business will turn his situation around.

Esther would like to generate enough capital to start her own mobile money transfer business. The loans is going to be used to procure a trading trolley, a mobile phone and the funds needed to serve her people who need access to Financial services. Financial inclusion is one of the biggest problems people in Africa face and Esther would like to be part of the solution by not only becoming an entrepreneur, but by offering a service which creates an impact in her country

Esther thanks the Kiva lenders for this life time opportunity to run her own business.