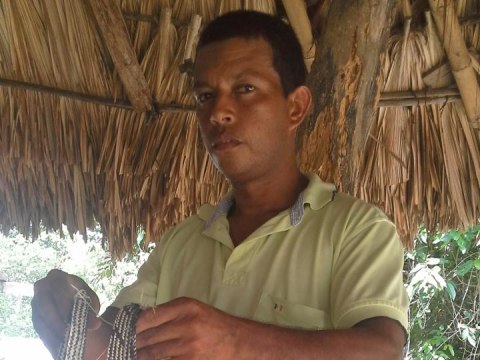 A loan helped to purchase canto-flecha reeds to make hats in large numbers.

Argemiro is a 40-year-old craftsman, a determined and driven person who, with his work, not only generates income with which to support his family, but it also is a struggle to conserve this lovely tradition that he has had in his family, primarily making hats.

In the end of the year season, there are many visitors who like these crafts a lot, so Argemiro is asking for a loan to purchase canto-flecha reed, which is the material from which they are made.

It will be to make large numbers of hats, hoping to sell them all in the end of the year season.