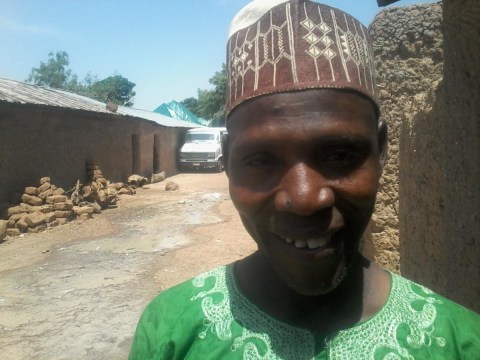 Usman's loan finished fundraising, but these other borrowers need your support

A loan helped to buy food and clothing, eliminating pressure to sell maize for low prices at harvest.

Usman is a maize farmer from Maigadi village. As a Babban Gona member, Usman is excited to have access to a trained agronomist and superior inputs that will give him the chance to achieve high yields of up to 8 Metric Tonnes of Maize per Hectare of Land, 5.5 times higher than the average Nigerian farmer.

Before joining Babban Gona, Usman would have had to sell his maize at harvest, when the price of maize is at it’s lowest, to meet his immediate cash needs such as food and clothing. As a Babban Gona member Usman can to store the maize he harvests and delay it’s sale until a period later on in the season when he can obtain the best price for his maize at a premium of up to 37% higher than the market price at harvest.

Thanks to the support from Babban Gona’s marketing services, Usman no longer feels the pressure to sell his maize at low harvest prices. With the opportunity to earn up to $2000 per Hectare of land, Usman hopes to realize better yields and plans on using his additional income to provide for his family.