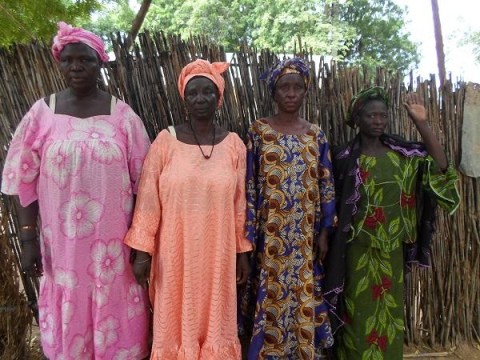 Amy's Group's loan finished fundraising, but these other borrowers need your support

A loan helped to buy one cow and three sheets.

This group of four members belongs to the Banc Villageois that was set up in June 2011. It is made up of women from the same village and surrounding areas, who enjoy a good relationship with one another and are very united. Their main activity is fattening animals.

Bousso, who is standing on the right of the photo with her hand raised, is the star borrower. She is 48 years old, married and mother to nine children, five girls and four boys. She fattens animals buyt also sells sheets. With this loan she is going to buy a cow for 200,000 FCFA to resell at 400,000 FCFA once it has been raised. She will spend a further 25,000 FCFA on vetinerary care and livestock food, and she will buy three sheets for 25,000 FCFA, which she will resell at 15,000 FCFA each. She will use the remainder of the loan to pay for transport. The profits she makes will be partly saved but also used to cover daily expenses.