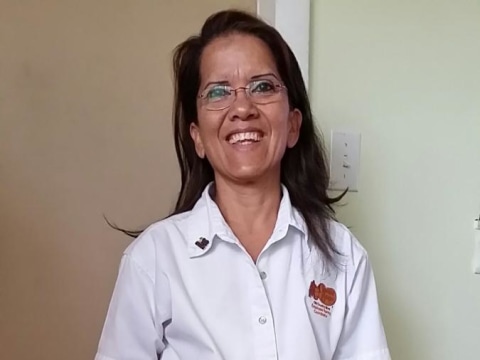 A loan helped obtain a new roof to replace her old leaking roof, which will help improve the safety of her home and her quality of life.

Lily is a hardworking woman with a huge heart. Despite her struggles, she is a determined woman who has managed to always maintain her positive attitude. Although Lily works long hours, she finds time to volunteer for various local organizations and she takes great pride in her community.

Lily has always been responsible with her finances; however, she experienced a bout of financial hardship when her brother passed away in 2008 at the age of 47. This left Lily as the sole caretaker of her elderly father, who was very ill at the time of her brother’s passing.

Lily managed to care for her elderly father on her own, but this responsibility caused her to miss a lot of work, which caused a significant drop in her monthly income. She ultimately fell behind on her basic living expenses and this caused significant damage to her credit as she did not have many open lines to begin with.

Her father unfortunately passed away, and after dealing with final arrangements for him, she has managed to catch herself up and is now on track.

Despite Lily’s obvious efforts to meet her obligations, her credit score is preventing her from financing a much needed roof for her home. Her roof is currently leaking and this is causing Lily distress as she does not want her home to sustain damage from the infiltrating rainwater. Lily’s home means a lot to her, and she hopes that it will remain there for the rest of her life.

Lily will use her Kiva loan to replace her old leaking roof, which will help improve the safety of her home and her quality of life.