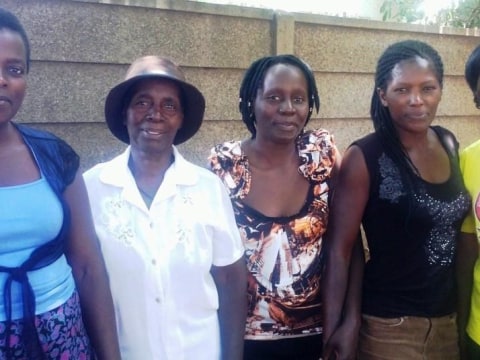 Rufaro Group's loan finished fundraising, but these other borrowers need your support

A loan helped to improve her fowl run and buy more layers for egg production.

In 2008, during the economic crisis, Grace’s husband became a pensioner since he had reached his retirement age. Considering the situation, Grace had to find the means to take care of the family.

She got some money from her husband’s redundancy package and she decided to venture into poultry and then bought a batch of 100-day-old chicks. She managed to sail though all hardships in that era and approached Thrive in September 2013 for a loan as a group, named Rufaro, translated to English as ‘Happiness’.

The group attended training and Grace was elected by the group to be the Chairperson, taking into account her leadership qualities. Since she was 61 by then, she was taking an advisory and leadership role in the group.

Grace managed to improve her broiler business in terms of capacity. At that time she had 200 birds and then ventured into layers. She collects two crates of eggs since the layers are at their early stages of laying.

Age is a barrier to Grace but she remains very hardworking. Her business is growing at an increasing rate and she plans to employ one or two people for assistance in feeding and in the cleaning of the fowl runs.

Her family has managed to survive on this business, and from the profits she has extended her fowl runs and repainted her house. Now she needs to remodel the old fowl runs so that they can properly house the layers and broilers, and so she needs extra capital.

As a group they are applying for a combined loan of $3,000 and Grace will use her portion for the renovations. She will also buy more layers, because eggs are now in demand as the festive season approaches and people feel the need to indulge in luxuries they could not usually afford.