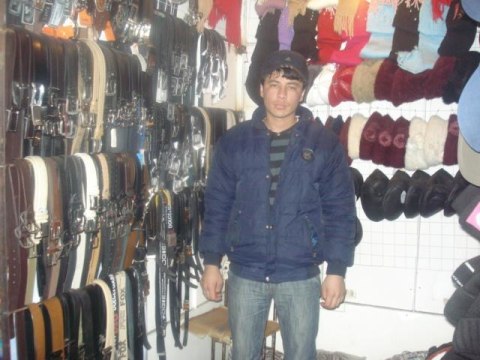 A loan helped Purchasing of the new hats and T-shirts.

A. Abdukarim is a young married man with two kids, aged 3 and 1 and a half. Faced with high unemployment in his country, it proved very hard for him to find a job and he thus he started his own business of selling teenagers' clothes and hats. Fortunately, he made good sales and his business is growing thanks to the quality of his products and the good service he provides. Abdukarim now needs a $ 2500 USD loan which he will use to buy goods to respond to his customers’ demand. He promises to repay this loan in 12 months. Abdukarim is very thankful to you for helping him improve his service and the quality of life of his family. More about Tajikistan and IMON International Tajikistan is perhaps best known for its rich history, which includes a key post along the Silk Road, the end of Alexander the Great's rule, and with its famous great thinkers, philosophers, scientists and poets as Rudaki, Ibn Sina (Avicenna), Firdousi, Omar Haiyam, Jomi, Mavlavi Rumi and many others. The country is home to communities that still speak the ancient Sogdian language, epic mountain passes, and a civilization that dates back to the 4th millennium BC. And, even today, it is a complex mixture of the Islamic faith, Soviet culture, New West culture and Central Asian traditions.