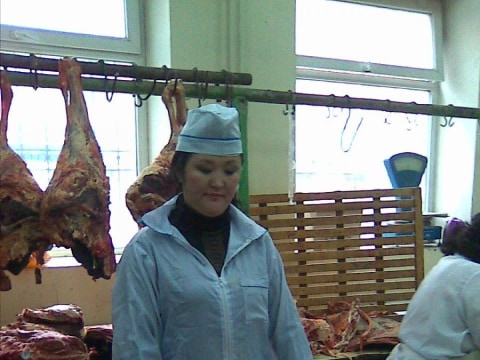 Byambatsetseg's loan finished fundraising, but these other borrowers need your support

Byambatsetseg N., 35, lives in the Bayanzurh district of Ulaanbaatar (the capital city of Mongolia) with her husband, 15-year-old son and 2-year-old daughter. In 2001, her family moved into their own ger (a traditional tent) for the first time. In 1999, with her husband, she opened up a small butcher shop in the Hantalst open-air market in Ulaanbaatar. Since its inception, her business has been quite successful, and she has been able to invest her profits into opening a second, wholesale meat stall. Her husband has been having some kidney and back problems in recent years. Hence, she has been running the business by herself. Although she is a butcher now, she has a degree in pedagogy. In the future, she would like to make sure that her children receive a proper education and pursue their own professions, unlike her. She requests a loan to buy more wholesale meat for her inventory now, when the price of meat is at its lowest point of the year.