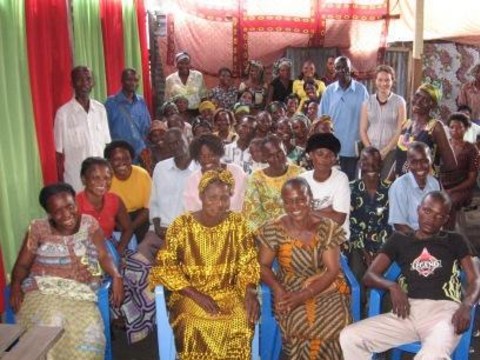 Chérubins Plus Group's loan finished fundraising, but these similar borrowers just need a little more help to reach their goals!

A loan helped To increase working capital to purchase tools and equipment to produce soaps.

Modeste M. produces and sells soap made from palm oil. He makes about US$ 20 in profit per week. He started doing business by selling prepaid cell phone minutes in 2005 with a working capital of US$ 200. From 2005 to 2007, he diversified his business by adding women’s clothing. He started selling in Mbuji-Mayi which is in central DRCongo.

Modest's business prospered, increasing his working capital to US$ 1500. In 2007, thieves broke into his shop and took of all his goods and the working capital. He closed the business and moved to Kinshasa.

From 2008 to the present he has sold cell phone minutes and soap made from palm oil with a capital of US$ 150. His vision is to open a small factory to produce soap to meet people’s need in his area.

Modeste is 53 years old, married and has seven children between the ages of 12 and 30. Six of them are students and one is independent.