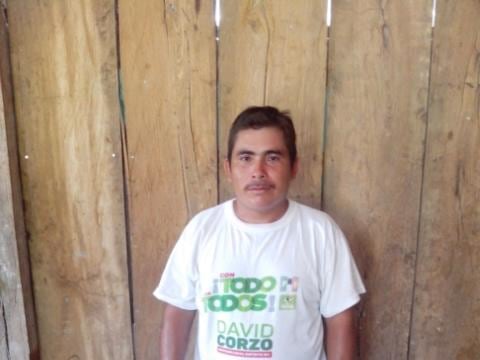 A loan helped to purchase a solar system to increase the power generated by the solar panel he already has and with this have a new productive opportunity.

Daniel is one of the farmers who lives in a share-land called El Encanto. El Encanto is located in the Mexican state of Campeche, which is one of the Mexican states with a higher poverty rate. Daniel lives with his wife and children in a small house made of wood and aluminum. He works hard to give better life conditions to his family. Daniel as other members of the share-land works daily in the cornfield and he earns the minimum Mexican Salary (around 120 USD per month). A year ago Daniel spent around 9 USD per month in buying candles, which he and his family used as light source. Candles were a deficient light source and breathing the candle smoke had repercussions on Daniel's family' health. To improve their life conditions, the Mexican government gave some of the residents of El Encanto solar systems to have light in the night and to stop consuming harmful light sources. Nowadays, Daniel wants to purchase a new solar system to increase the power generated by the already installed system. With two solar systems Daniel's family would be able to connect a radio and a blender to make juice and sell it in the share-land.