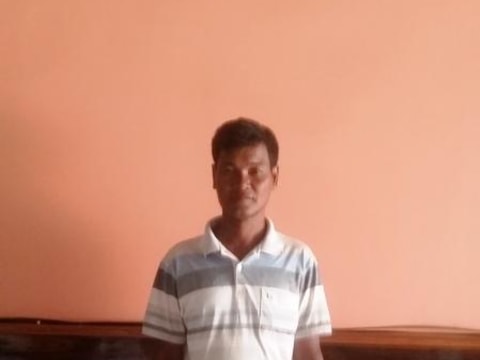 A loan helped to build a biogas digester.

Vy is a 43-year-old man from a remote area of Kampong Speu Province. He is a father of five children. To make a living, he raises cows for sale. He is able to earn an income of around USD 10.00 per day, on average. So far, he has been involved in this kind of business for more than ten years.

He would like to improve his living standard by having clean energy for household use. Because of the lack of capital, he is asking for a loan with which to build a biogas digester. It will be under the project of NBP (National Biogas Program), in partnership with HKL. After an initial investment in this system, he hopes that he won’t spend much money on fuel and that he will reduce the smoke from wood- or charcoal-burning. He is very happy and thankful, because with this loan product, HKL has offered a special interest rate compared to its general loans. He awaits your kindness and relies on your generosity.