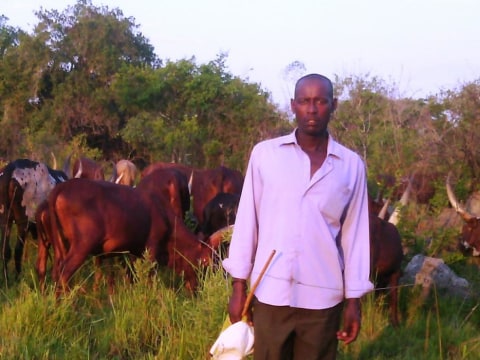 Edward is a man of about 35 years living with his wife and two children, both of whom are going to school.

According to Edwards, through the above projects he has been able to educate his children plus also providing for his family other essential necessities.

Edward acquired this loan to boost his cattle fattening business and farming. He says he is going to buy cows and manure for his farm and gardens respectively.

Edward says his customers are basically cattle traders from his home area. According to him, his biggest challenge is cattle diseases such as foot and mouth disease, plus also droughts that dry up water for drinking.

Edward is described as a hardworking man who has been able to achieve everything from his strength. He appreciates work done by Ugafode Microfinance for the work it does.