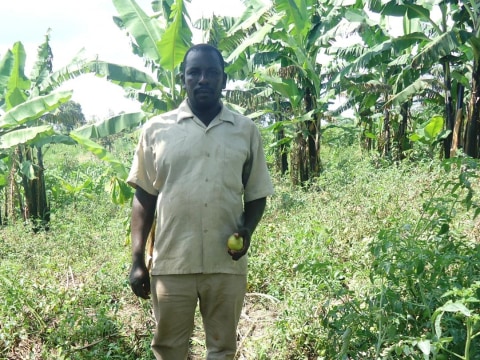 Jackson aged 37, is honest and hardworking, a farmer since 2010 and comes from Kabale-Nyamarunda sub- county. He is like most of the men, had viable business ideas but didn’t have enough capital to improve on his farming, not until he joined Ugafode, where he attained training on how to establish and run commercial farming. Jackson is married with 5 children aged between 17 and 3, 4 are school going. After the training, he now wants to borrow a loan of ugx2,000,000 to buy fertilizers because he wants to improve on his farming to meet international standards and see all his children graduate. He does not have any additional source of income and thus would wish funders to avail more products like electricity extension to rural households. He appreciates the relentless support.