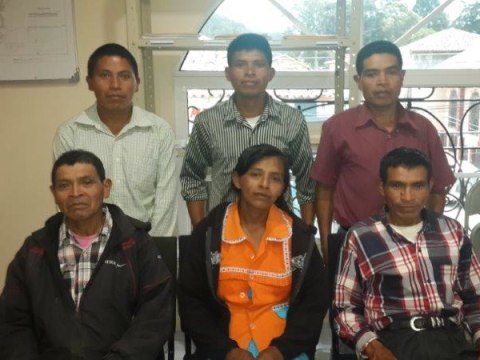 A loan helped to purchase insecticide, compost, and hen droppings to care for his potato crop, and potato seeds for planting.

Don Natividad is 60 years old, and lives with his wife and four children in the municipality of Intibucá. He has always worked in agriculture, and he has had his own crops for more than 30 years. He has always harvested corn, beans, potatoes, and tomatoes. Currently, his biggest production is potatoes, which he sells in the local market. He is requesting another group loan in order to purchase insecticide, compost, hen droppings, and potato seed for growing and caring well for his crop. His idea is to expand the production area in order to increase his family’s income. Don Natividad belongs to the group called Nuevo Renacer 2, which is composed of 6 members, all of whom live in the same community and work growing potatoes and basic grains. The group loan is for 64,000 Lempiras [$2,950] that they will invest in the purchase of compost, seed, and insecticide for growing potatoes. In the photo, they are identified from left to right in this way: Natividad, María, and Eugenio are seated, and Celso, Angel, and Eusebio are standing.