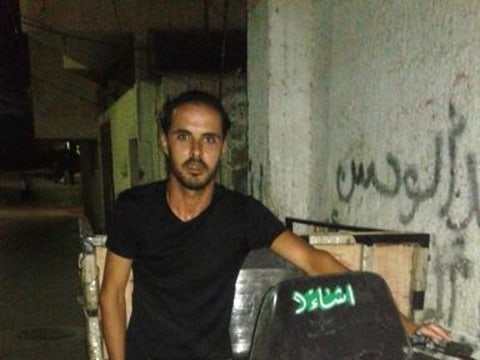 A loan helped to buy a new rickshaw.

Ahmad is a 30-year-old single man from Khan Younis City, in the Gaza Strip, which is a difficult place to live due to the Israeli economic blockade, in place since 2007. He lives with his family in a small house. Ahmad wants to improve himself and be an independent entrepreneur, so he thought of starting his business idea to transport goods in rickshaws. He took a USD Murabaha loan from FATEN. This loan will help him to buy a new rickshaw. By taking this loan, Ahmad will be able to improve his family's conditions. Ahmad appears in the photo. Additional information : Rickshaws (also called “tuk-tuks”) are a common mode of transportation for goods and people in the Gaza Strip, due to efficient use of fuel, which can be scarce and expensive due to the economic blockade. Further, they became even more appealing following the Summer 2014 assault and the resulting destruction of buildings, homes, and infrastructure, as they are able to navigate narrow roads and difficult-to-reach places.