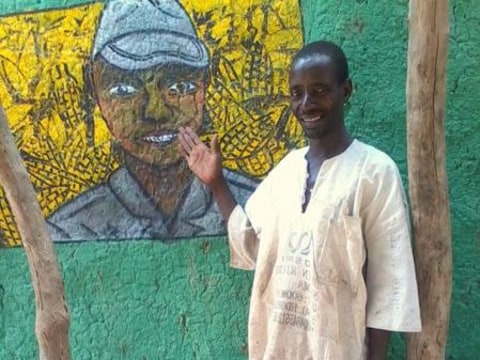 A loan helped to purchase a precision seed-drill.

Alou is a myAgro farmer who lives and works in the village of Molobala to the south of Bamako in Mali. Alou is a 55-year-old father to seven children aged between four and 21 years old; five of them are currently receiving an education. Farming allows him to ensure his family's independence, but it also a family tradition. It is his household's principal source of income and food sufficiency. All these factors led Alou to become a farmer. He cultivates maize, peanuts and rice on his six-hectare plot of land. As a farmer, he has to face many difficulties, such as a lack of rain and a lack of workers. This year, he wanted to purchase a seed-drill for growing maize so it makes the work easier for his children. Access to a seed-drill will allow him to quickly and efficiently carry out the work. Alou hopes that with the increase in his crop yield and his revenue, he will be able to ensure his family's food sufficiency.