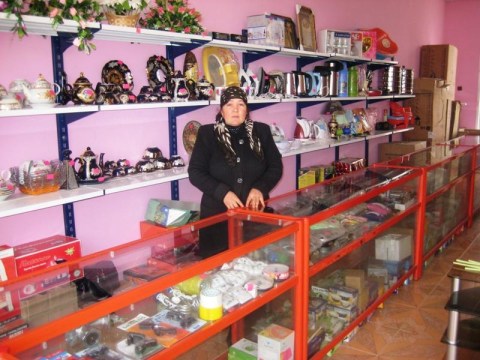 A loan helped Purchasing plates and dishes for re-sale.

Gulbahor T. is 40 years old. She is married with two children. For almost 2 years, Gulbahor has been working as a market vendor. She sells plates and dishes in the oriental style. This kind of the goods is in popular demand among the population. This kind of china is widely used for girls' dowry and also for family celebrations. The love for her children is the biggest reason for Sharofat to make an effort to provide what they need.

Now Sharofat is planning to enlarge her range of goods and to purchase the china for re-sale. With this purpose she is requesting 3500 Somoni (950 USD) for a term of 12 months. The well-being of Sharofat’s family and her business are in your hands. She and her children are sincerely grateful for your support.