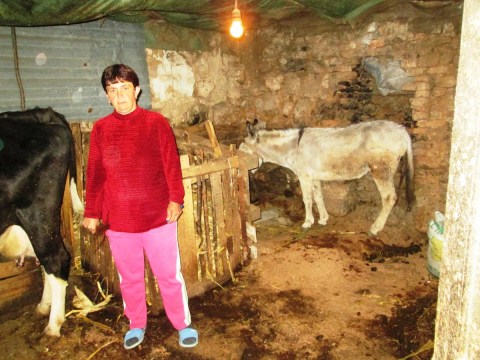 Etleva's loan finished fundraising, but these other borrowers need your support

A loan helped to add another dairy cow to double milk production as her only income.

Etleva has been doing agriculture for almost twenty years. She is 43 and a mother of two, 16 and 14 years old. In the ten dynym of agricultural land she and her family own Etleva plants mainly beans and wheat that she sells afterwards, and makes fodder for her cow that gives her approximately 17 liters of raw milk a day that she then sells it to a dairy farm. Her husband does not have something to focus on; thus, whatever they have been doing so far has been with the labour work from both. Now, they wanted to add another dairy cow and this is where your financial help would be invested. In addition to the income from agricultural activity there is some retirement pension of the in-laws who live with them at about $288/month.